“I’ve been involved in racing for a long time and I’ve always wanted to do this,” said Dan Riley, Jr., owner of Riley Generators.  “I talked with Stu Fearn last year and I’ve seen what has happened to SAFCO Foam since he started sponsoring things at Stafford.  There’s so many people who see Stafford on FloRacing and there’s so many people who come to the track and they‘re all very supportive of those who support the racing industry.  I always hear Ben Dodge announcing the contingency sponsors and lots of times the winning drivers mention the contingency sponsors and we want to get Riley Generators’ name in people’s heads whenever they think of generators.  If things work out for us and the business continues to grow, I’d like to do something like sponsor an extra distance Limited Late Model feature or something like that.” 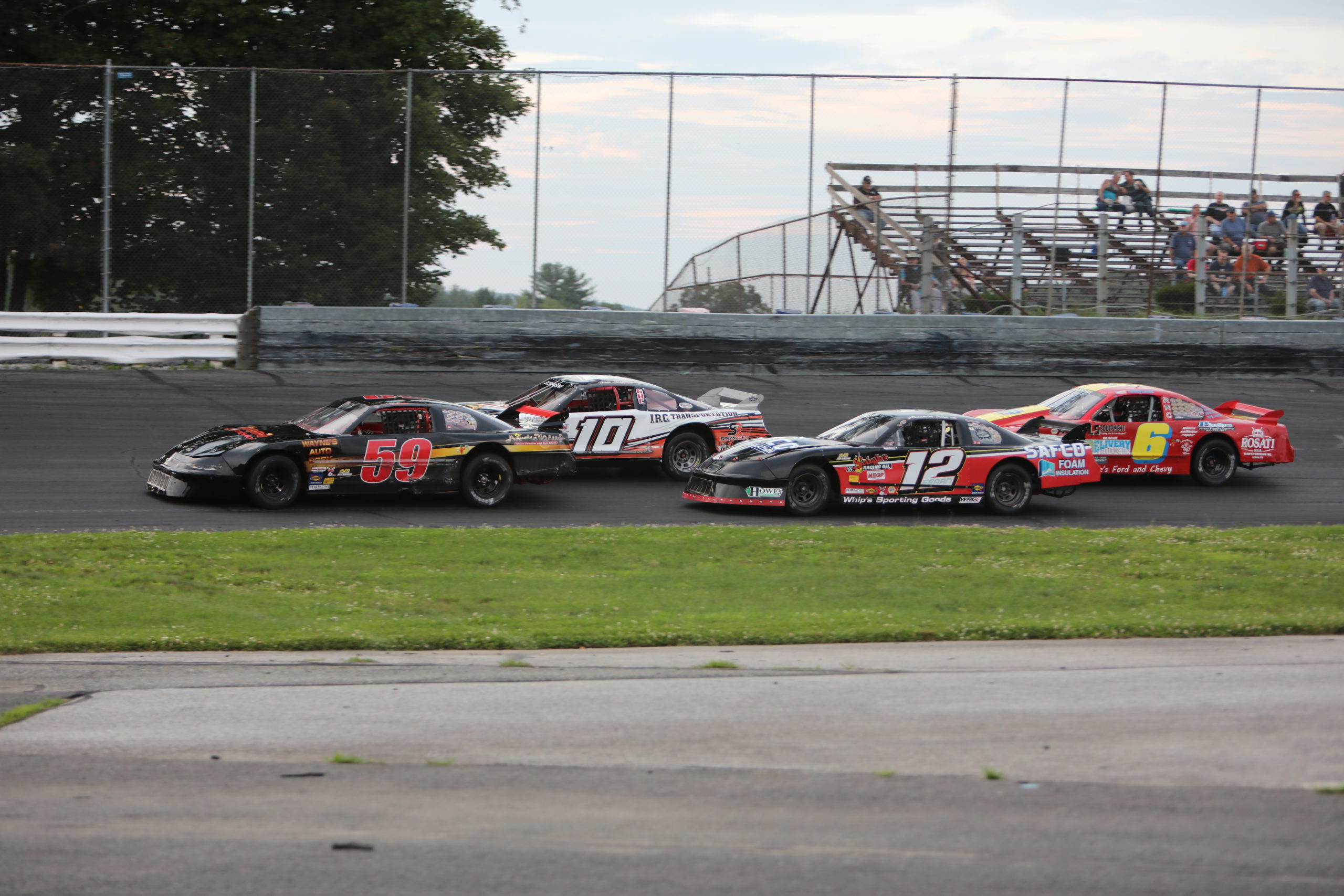 Riley Generators began sponsoring Jeremy Lavoie last season and they will once again have their name displayed on Lavoie’s #6 car for the 2022 season.  It was Riley’s connection to Lavoie and his family that led to him becoming a Limited Late Model sponsor.

“We’ve been a sponsor on Jeremy’s car for a couple years now and that led me to looking into what it would cost to get a billboard on the backstretch as well as the contingency program,” said Riley.  “I go way back to the Riverside Park days where I raced enduros and I’ve raced Sportsman cars at Monadnock as well as having Darrell Keane drive my car and that’s how I first met Jeremy’s family.  We love watching Jeremy race and my son Marek is Jeremy’s number one fan.  For his birthday he wanted a racecar cake and he got a car that looks just like Jeremy’s car on the cake and whenever he plays computer games like NASCAR Heat, he has to create a Jeremy Lavoie car.  It was pretty cool that the couple times that Jeremy was on the podium this past season he always gave Marek a shout out in victory lane.” 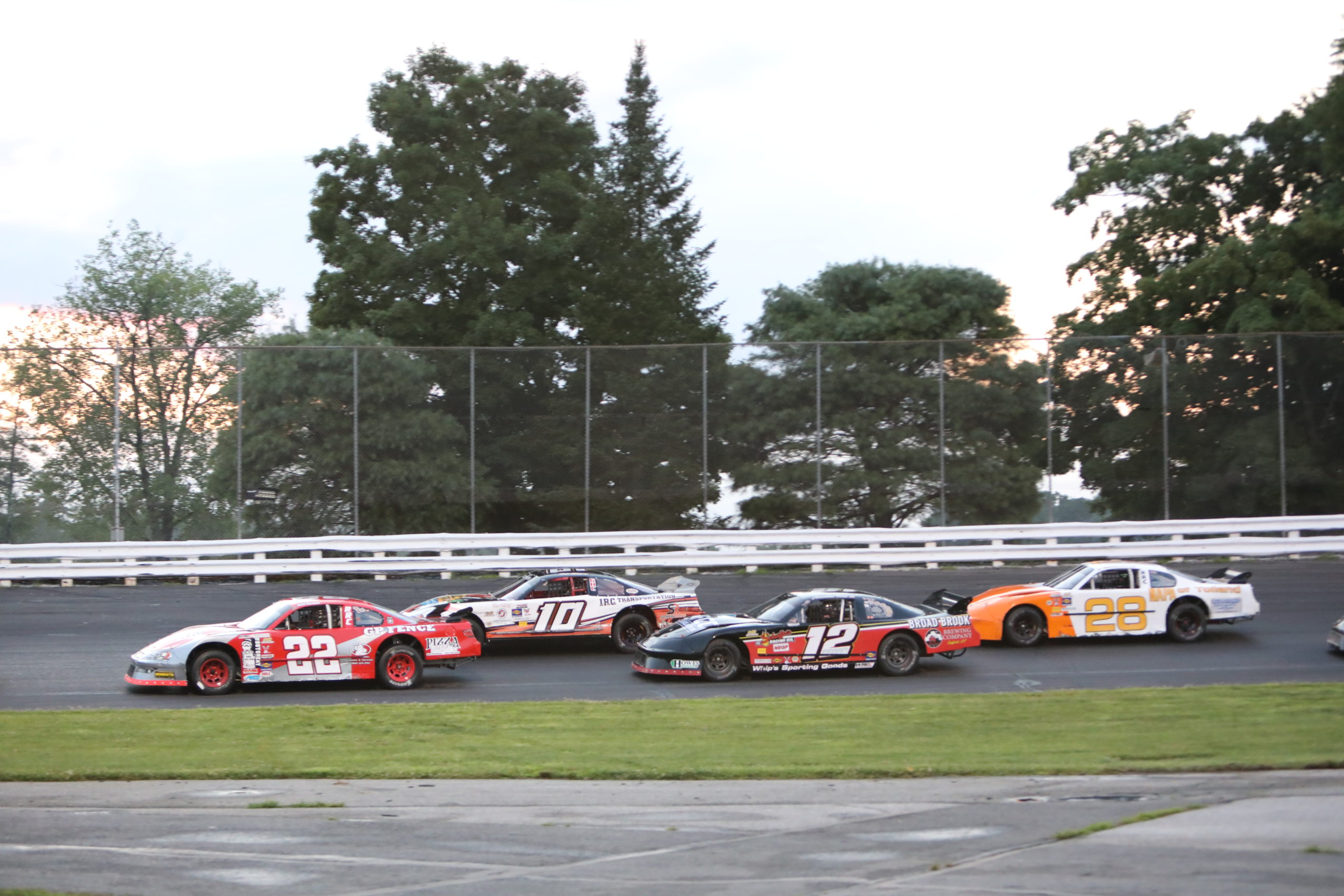 Lavoie’s #6 Limited Late Model won’t be the only car that Riley will be rooting on to victory lane this season.  Riley’s son Marek is set to debut this season on Monday nights driving a Tiger Cub kart in the Wild Thing Kart Series.  Riley is looking forward to cheering his son to victory lane and putting together a kart that will resemble Lavoie’s Limited Late Model car.

“I’m excited and Mom is nervous, but Marek talks about it every day as much as he can,” said Riley.  “He’s always asking me ‘Dad when can we get started racing?’ and my answer is always ‘Not soon enough.’  We’re going to look into the possibility of getting the number 6 so we can match Jeremy and if we can’t get 6 then we’ll try to get 66 and we’ll have the kart looking like Jeremy’s car.  I never had much talent behind the wheel but Marek seems like no matter what he gets into, he tears it up and owns the thing, so hopefully in our gene pool driving talent skipped over me and went to him.”

Riley Generators d.b.a. Riley Electrical, LLC. was established in Windsor Locks, CT in 1990 before recently moving to a new location at 8 Thompson Road in East Windsor, CT.  Riley Generators is a family, veteran owned Generac PowerPro Elite Sales, Installation, and Service dealer with customers spread across the state of Connecticut as well as Western Massachusetts.  Riley Generators has an exceptional reputation for taking on unique and complex projects and they pride themselves on their craftsmanship, neatness, and responsiveness to customers’ needs.

“We’re one of the largest generator dealers in the state and our technicians are all certified in installation, service, and warranty work on multiple brand name generators like Generac, Kohler, Briggs and Stratton, and GE,” said Riley.  “We install and maintain generators every day and we have a large customer base in Connecticut and bordering towns in Western Massachusetts.”