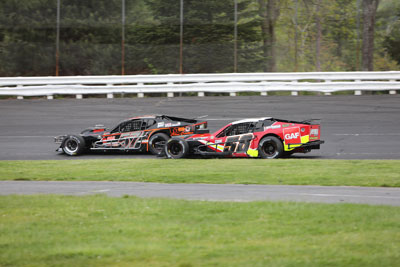 (Stafford Springs, CT)—The 2022 season at Stafford Speedway has been anything but a typical season for Keith Rocco, driver of the #57 M & M Stone Creations modified in both the SK Modified® and Open Modified divisions.  Rocco endured a miserable start to his season by failing to qualify for the 50th NAPA Spring Sizzler® after getting caught up in early wrecks in both his NAPA Duel qualifying race and his last chance qualifier. He would go on to finish 26th in the SK Modified® feature event that weekend.  After struggling through the first 11 races of the season, Rocco has recorded 2 wins and a third place finish in his last four SK Modified® starts and is looking to continue that resurgence in the Lincoln Tech 80 this Friday, August 19. 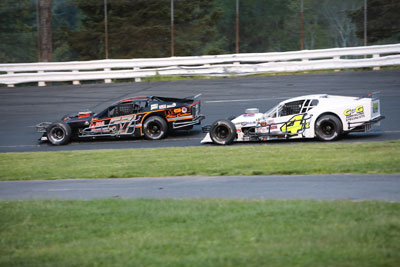 “I think we should be pretty good,” said Rocco.  “We’re going to be bringing a different car than we ran last time and we’re going to try something a little different.  This year was more frustrating at the beginning of the season but you have to take everything with a grain of salt.  For the past 10 or 15 years I don’t think I’ve ever had a year with this bad of luck.  I’ve been really fortunate over the years so I can’t be too bummed out about it.  There’s some drivers who have years like this every year.  At some point you’re going to have bad luck but hopefully we’ve got that turned around now that we’re back in victory lane.”

Rocco’s misfortunes during the 2022 season have seen him post 8 finishes of 14th or worse, including 5 finishes of 22nd or worse.  Following the July 15 SK Modified® feature event, Rocco found himself in 14th place in the point standings.  But Rocco and his crew started to get their season back on track with a victory in the July 22nd SK Modified® feature and they have followed that victory up with another win as well as a third place finish. 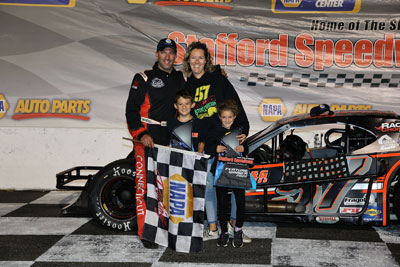 “It was great to get back into victory lane,” said Rocco.  “We took a little heat because our first win was from the pole, but last week we clearly proved that wasn’t the case.  It was much more satisfying to be able to win from starting 12th rather than the pole for sure and I’d say we’re now back in normal character for us.”

For Rocco to be back in his normal character could spell trouble for his fellow competitors.  Rocco is third on Stafford’s all-time winners list with 78 wins, 67 of which have come from the SK Modified® division.  Rocco also has 2 career open modified wins at Stafford, which trails only Ronnie Williams and Woody Pitkat, who each have 3 open modified wins at Stafford.  Combining Rocco’s winning Stafford pedigree with his recent turn of good fortune, he knows exactly what he will need to put his #57 car back in NAPA Victory Lane in the Lincoln Tech 80. 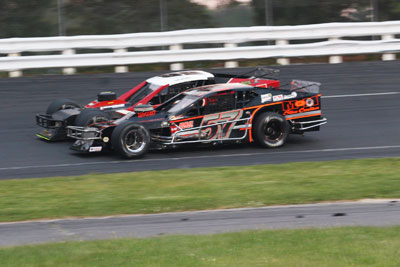 “To win that race, you’ll need to have a good strategy, a good pit stop, and obviously a good piece for the race,” said Rocco.  “We’ll have to see how the race plays out with the strategy, you normally can’t plan ahead for that.  I’d like to thank all our sponsors for sticking with us through a tough season, 811 Call Before You Dig, Air Gas, Tick Mike, RaceChoice.com, D & G Paving, M & M Stone Creations, Mike’s Auto, and Arbitell Convenience Stores.”

The 3rd Annual Lincoln Tech 80 is scheduled for this Friday, August 19th.  Stafford’s SK Modified®, Late Model, SK Light, Limited Late Model, and Street Stock divisions will join the Open Modifieds in feature action.  Tickets for the Lincoln Tech 80 are available now online at StaffordSpeedway.com/tickets and tickets will also be available for purchase at the admission gates.  Tickets for the Lincoln Tech 80 are $30.00 for adults, $10.00 for kids 6-14, and free for kids 5 & under.  Reserved seating is priced at $35.00 for all ages and pit passes are $45.00 with a valid 2022 Stafford Competition License and $50.00 without a Stafford license.  If you are unable to attend the event, tune into the live stream on FloRacing, the official streaming partner of Stafford Speedway.