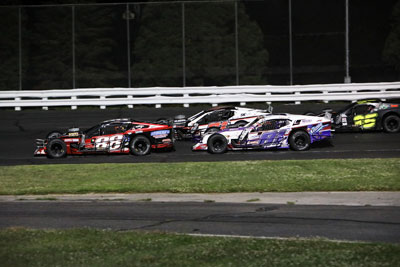 (Stafford Springs, CT)—With 14 career wins at Stafford Speedway spread across the SK Light, Street Stock, and Open Modified divisions, including an SK Light championship in 2018, Marcello Rufrano knows what it takes to win and how to get to victory lane.  One victory that has eluded him in his career is a win in Stafford’s premier SK Modified® division.  Armed with a brand new #88 Wheelers Auto Chevrolet for the 2022 season, Rufrano has recorded a total of 6 podium finishes this season and he feels like the August 5th, NAPA SK 5k will be a prime opportunity to grab his very first win.

“There’s a lot that goes into winning a race at Stafford and it’s no secret that the guys who run good every week have spent a lot of years in the division and they have the know how to win races,” said Rufrano.  “We haven’t really hit our stride until this season and it seemed like everything we’ve tried before wasn’t working.  So we went in a new direction with a new car for this season and it’s probably the best car I’ve had at Stafford for a while in terms of drivability.  Once you start running well at Stafford, you have to start further in the back the next race and we just haven’t had a car up until recently that we could come through the pack and challenge for a win.  We’ve been right there and I think we’re really close to getting that first win and hopefully that can be this Friday night in the NAPA SK 5k race.” 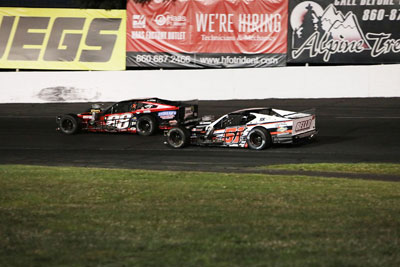 Rufrano is fresh off of his third second place finish of the 2022 season last Friday night, July 29, losing out to Anthony Bello in the final laps of the race.  Rufrano and his father John went through the entire #88 car following the July 29 SK Modified® feature and are feeling confident ahead of the NAPA SK 5k.  But not knowing in advance if the race will be 60, 70, or 80 laps long, which will be determined by a random draw just prior to the start of the NAPA SK 5k, the race can be tough to plan for.

“The last few laps of last week it seemed like the car just fell off so we have a good idea of what we need to do for this week,” said Rufrano.  “My father and I went through every nut and bolt on the car during the week and we found a couple of things that were awry so I feel like we have a good chance this week.  The SK 5k race is tough to plan for.  You can burn off a lot of fuel in 20 laps and there’s some guys who might want to try to get a little risky and put only enough fuel in the car for 60 laps and then there’s guys who will be more conservative and put 80 laps worth of fuel in the car.  At the end of the day laps are laps and you have to have the mindset to go either 20, 30, or 40 extra laps.  I think I’ve always been better in the longer races and the SK 5k will be a race that we can definitely capitalize on.” 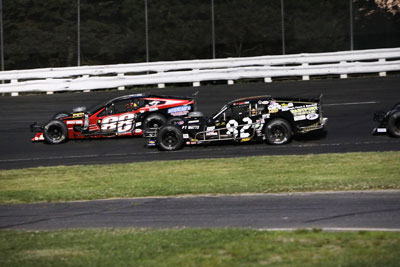 Rufrano is well aware that the list of potential NAPA SK 5k race winners is a long list full of drivers with lots of experience and wins under their belts.

“Any one of the top-10 or top-15 guys can go out and win a race on any given night,” said Rufrano.  “There’s a few guys like Michael Christopher, Stephen Kopcik, Ronnie Williams, and Keith Rocco who are starting to hit their stride this season and I could go on and on with this driver list.”

Since making the full-time move into Stafford’s SK Modified® division in 2019, Rufrano posted a total of 5 podium finishes from 2019-2021.  With 6 podium finishes this season, Rufrano has already more than doubled his career total and after several years of struggling, he feels like he is in the perfect position to end his victory drought and become the 92nd different driver to have won an SK Modified® feature event at Stafford since the division was created back in 1982. 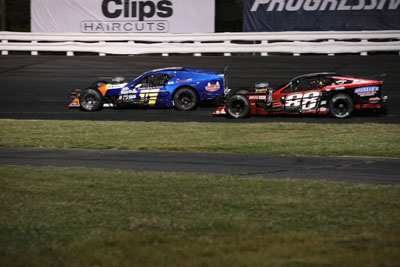 “I don’t like to boast on myself but when I know I can get behind the wheel of a race car and be competitive but then we have a lackluster run, I’m fighting demons and I’ve just happened to fight those demons a little bit longer than some other guys have,” said Rufrano.  “If you look back, you’ll see great drivers like Teddy Christopher and Keith Rocco have struggled and guys like Stephen Kopcik and Michael Christopher, Jr. have struggled before they got to where they are now in winning form.  I feel like I had the talent and the drive to go out and win every week but I didn’t have a car underneath me that was capable of doing that and I struggled for a couple years.  Big thanks to Rob Fuller and TFR for helping steer us in the right direction this season and Bear Calicchio as well.  Bear has been a great help with getting us into the right adjustments on the car each week and he’s a really smart guy.  Also big thanks to our sponsors Wheelers Auto, Bruneau’s Garage, Green Construction, 811 CBYD, Aladdin Awnings, Wilson-Maturo Motors, Dunleavy’s Truck and Trailer Repair, Hamm’s Welding, all the SK Modified® contingency partners and Pettit for the awesome power.  If it wasn’t for people like that, I wouldn’t be able to be competitive every week and we wouldn’t be able to go to the racetrack every week.” 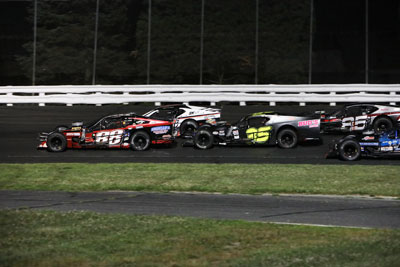 The 9th Annual NAPA Auto Parts SK 5K is set for this Friday, August 5.  Tickets for the NAPA SK 5K are available online at StaffordSpeedway.com/tickets and will also be available at the gates day of show.  General Admission tickets are $30.00 for adults, $10.00 for kids 6-14, and free for kids 5 & under.  Reserved seating is priced at $35.00 for all ages and pit passes are $45.00 with a valid 2022 Stafford Competition License and $50.00 without a Stafford license.  If you are unable to attend the event, tune into the live stream on FloRacing, the official streaming partner of Stafford Speedway.