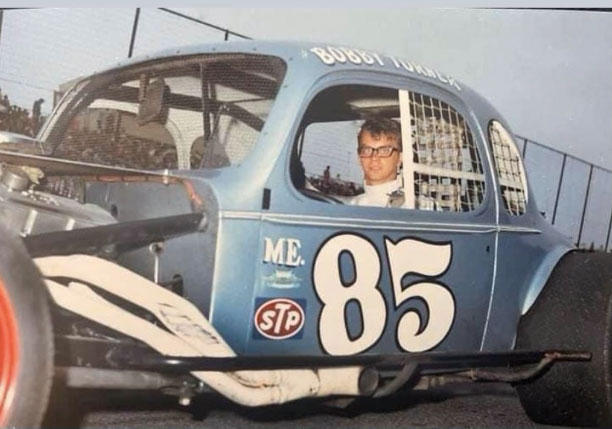 Bobby Turner on the Grid for the 1972 Spring Sizzler

(Stafford Springs, CT)—When the grid for the first Spring Sizzler® took formation in 1972, a young kid from Maine lined-up on the pole. That kid was Bobby Turner, a 20-something year old driver who made the trip down from Maine to race against the top drivers in the northeast at the inaugural Spring Sizzler. Over 50 years later the same #85 modified that led the field to green in 1972 will pace the field for the 50th running of the NAPA Spring Sizzler, this time with Bobby’s son Pete behind the wheel in a tribute to his father who passed away in March of 2021.

“We know Bobby would be proud to have his son pace the field in the same #85 coupe that Bobby won the pole with at the inaugural race,” explained Ann Turner, wife of Bobby. “We are so excited and grateful to fulfill Bobby’s wish of recreating that memorable moment 50 years later. Thank you to the Arute family and Stafford for this incredible honor.  We cannot wait to celebrate Sizzler® weekend with friends and fans.” 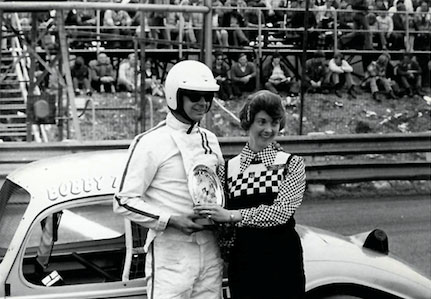 Turner was relegated to a 15th place finish in the 1972 Spring Sizzler® but managed to lead 6 laps of the 80 lap event, which was no small feat with countless Modified legends in the field. In the race that day was the likes of Fred DeSarro, Bugsy Stevens, Ed Flemke, Leo Cleary, Jerry Cook, Denis Giroux, Ernie Gahan, Maynard Troyer, Bob Santos, Gene Bergin, and more. Click here for more information on the 1972 Spring Sizzler®.

In addition to the #85 pacing the field, the Turner family has also posted a $1,085 “pole award” in honor of Bobby’s 1972 pole. The bonus will be split between each of Saturday’s NAPA Auto Parts Duel winners increasing the winner’s prize money for the two 40-lap NAPA Spring Sizzler® qualifying events to $4,042 to win.

“As a young driver from Maine, Bobby always said winning the pole at the first Spring Sizzler® was the biggest moment in his racing career,” continued Ann. “It is the Turner family’s honor to recognize today’s modified generation and pay homage to Spring Sizzler history with a $1,085 bonus program in Bobby’s memory.” 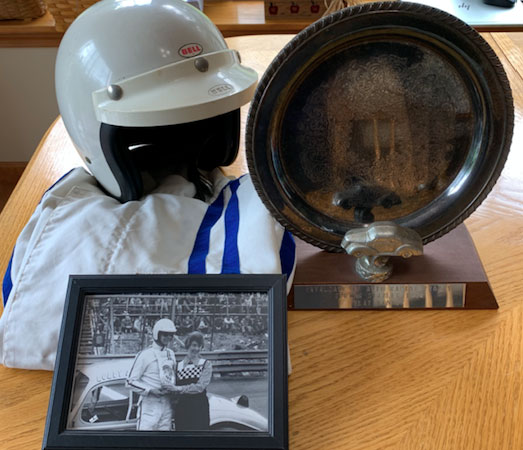 After holding off some of the best in Modified racing in his qualifying race at the first Spring Sizzler®, Bobby was awarded an entire telephone pole for his efforts. Legend has it the pole is still somewhere on the Stafford property as the #85 team chose not to bring the 35ft tall pole with them on their trip back to Maine.

“I had the pleasure of spending some time with Bobby and the entire Turner family during the rain delay at the 2019 NAPA Fall Final and heard some great stories from that day back in 1972,” noted Stafford Speedway CEO Mark Arute. “It was clear Stafford was a very special place to him, it’s great to see his family honor him with the bonus and I look forward to seeing the #85 pace the field for the 50th running of the Sizzler®.”

Tickets for the 50th running of the NAPA Auto Parts Spring Sizzler® are now available at staffordspeedway.com/tickets. The two day event begins Saturday, April 23rd with the NAPA Auto Parts Duel, two 40-lap qualifying races that will set the field for the 50th NAPA Spring Sizzler scheduled for April 24th. The PASS Super Late Models and all 5 of Stafford’s weekly divisions will also be on hand for the weekend.