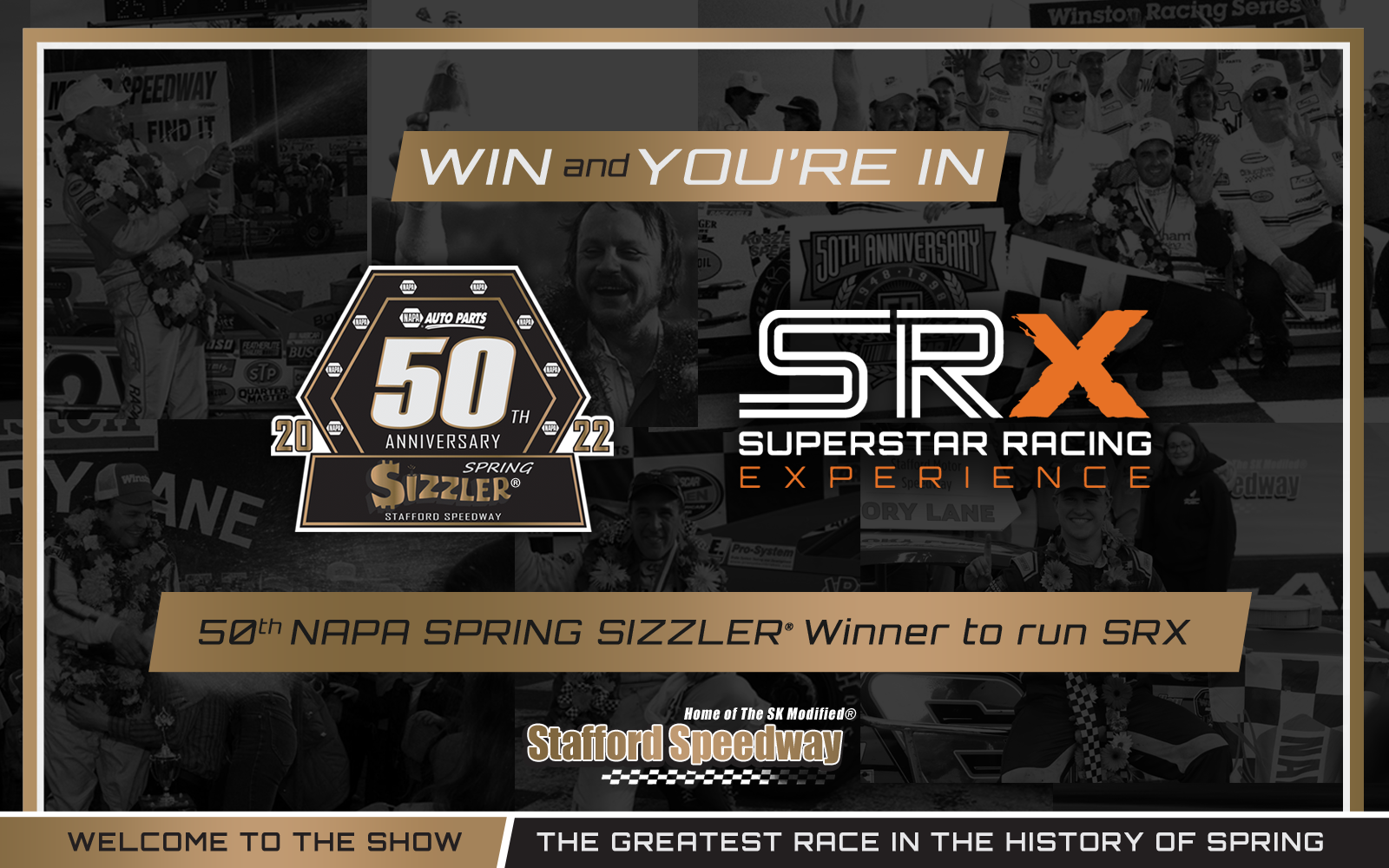 (Stafford Springs, CT)—Win and You’re In. The Superstar Racing Experience is set to return to Stafford in 2022 and that means another local driver will get a shot to compete with the stars of the SRX series. In 2021, 4x Spring Sizzler® winner Doug Coby shocked the world winning the inaugural event as the local driver cementing his name in Stafford Speedway and SRX history. In 2022, Modified history and SRX history will meet as the winner of the 50th running of the NAPA Auto Parts Spring Sizzler® will have the opportunity to run in the Stafford SRX event.

“The 50th NAPA Spring Sizzler® just keeps getting bigger,” explained Stafford CEO Mark Arute. “We brought this concept to the team at SRX and they immediately bought into the idea. They understand the importance of short tracks and history of an event like the Spring Sizzler®. This is a monumental opportunity for a Stafford short track driver, win and you’re in.” 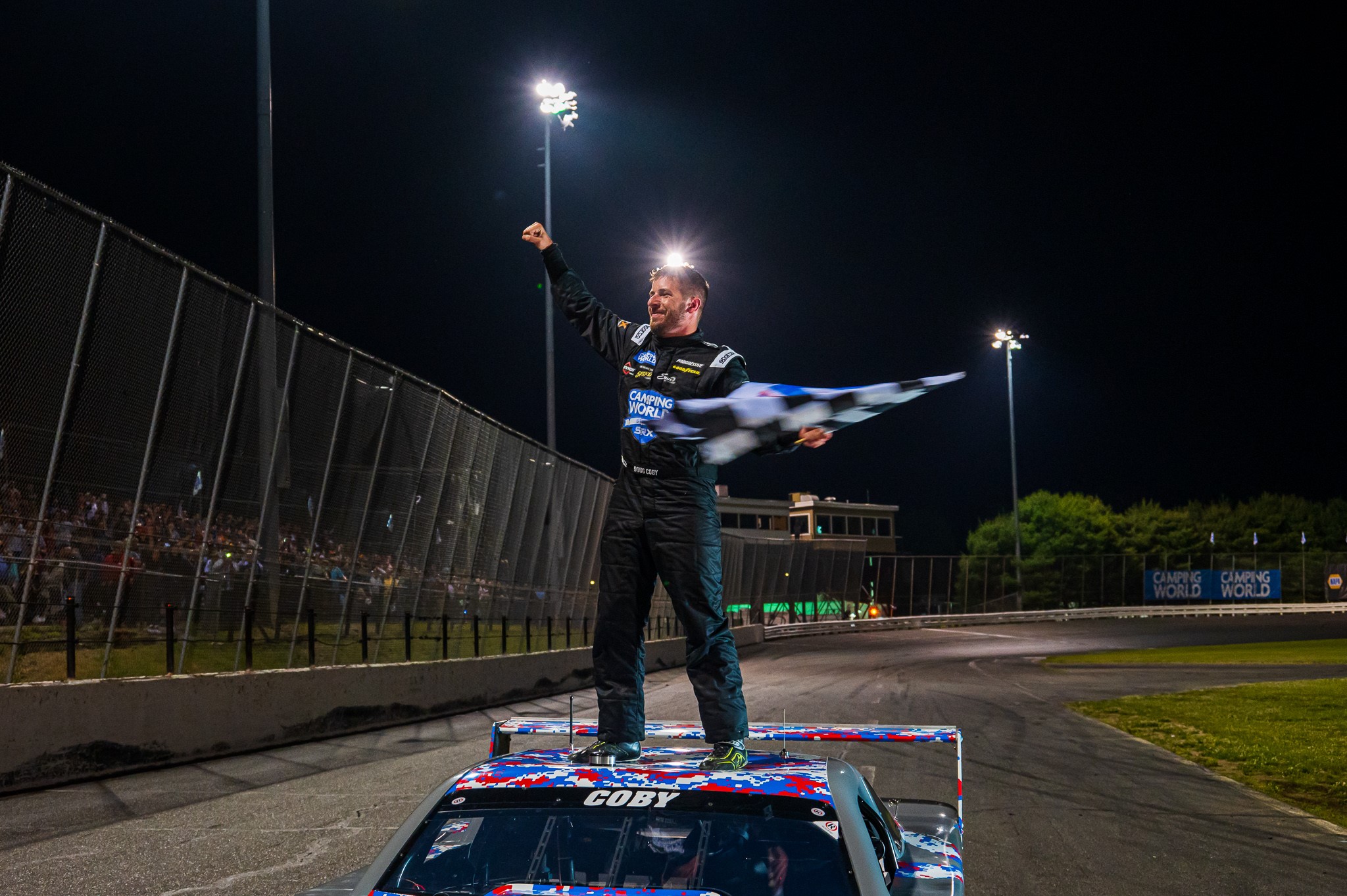 The 2022 NAPA Spring Sizzler® already has 28 drivers registered for the event including multiple past Spring Sizzler® winners Doug Coby (4), Ryan Preece (2), Woody Pitkat (1), and Patrick Emerling (1) along with another 18 drivers who have a Stafford victory. We caught up with a few past winners to get their thoughts on the news:

“Wow! That really ups the ante for the Spring Sizzler®. It’s already one of the most prestigious modified races around but this adds a whole new level. In the late stages of the race, that SRX spot will be on my mind. That’ll change the outcome of the race for sure, it will be good.”

“As much as I’ve raced at Stafford, this is the biggest race and opportunity that I’ve ever had in my career. Looking at the 50th Spring Sizzler® this is the race I need to win. I already told my crew chief we have to be on our A game and we have to win this race. I’ve won a lot of races at Stafford but the 50th Sizzler would be the biggest. I think this is a huge opportunity for me as a driver at this point in my career. It’s huge to win the Spring Sizzler®, it’s something you always want to do but this season it’s a whole new Sizzler. It’s cool, it feels big, the 50th is massive. To me this is the biggest modified race at Stafford in a long time. Biggest of the year.”

“That’s crazy. If I had to sum it up in one word… Unbelievable. The fact that you have a chance to sit in one of those cars and race against your heroes, it’s a once in a lifetime opportunity. You have a chance to race against people you’ve idolized your whole life, that’s unbelievable. The fans are going to see all the best drivers in modified racing, anyone can win this race.  Besides the first Sizzler, this has to be one of the biggest Sizzler’s of all-time. If you have a shot to win the Sizzler it’s all bets off, in my honest opinion it’s all or nothing.”

“This is huge for short trackers. It’s really cool that the SRX series is giving a chance to a local driver, it says a lot about what the series is trying to do. The Sizzler keeps getting better and better, big money and now this, everyone should be there. I’m really looking forward to it being an open show, it’s going to be a tough race as the open shows always are. The fans are in for a treat.”

“That’s huge to have an opportunity to race in a series like that. The Spring Sizzler® already had a lot of excitement, big money, big race, this just adds to it. We won’t change how we approach the race, we’re coming to win it. We always come to win at Stafford and the 50th Sizzler will be no different. I’m already ready to get in the seat.”