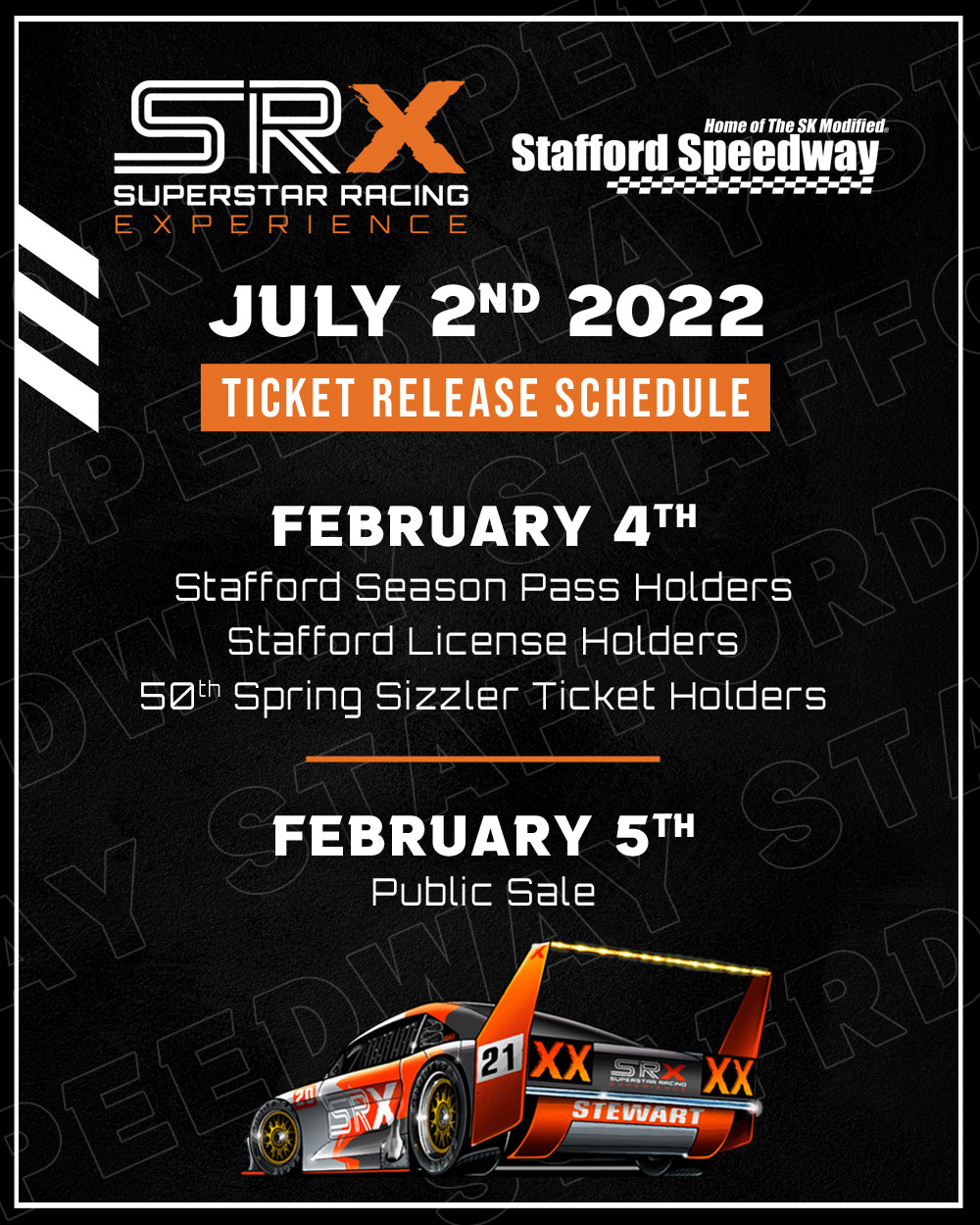 “We’re honored to have the SRX series back at Stafford,” explained Stafford Speedway CEO Mark Arute. “The 2021 race was a moment in Stafford history that none of us will ever forget between the incredible driver line-up, amazing atmosphere, and great story with the hometown hero Doug Coby getting the win. July 2nd will be another event that race fans will not want to miss.”

The Superstar Racing Experience (SRX) debuted last June at Stafford Speedway in front of a sold out crowd. Hometown driver and 4-time Spring Sizzler® winner Doug Coby defeated some of the best drivers in motorsports including the likes of 4x Indianapolis 500 winner Helio Castroneves, NASCAR Cup Series champions Tony Stewart, Bobby Labonte, and Bill Elliott. The 2022 driver roster is expected to be equally as impressive as the series looks to continue its impressive first season momentum.

“Not much more you can ask for when drivers like Tony Stewart and Helio Castroneves visit a short track,” continued Arute. “It’s a treat for the local race fans and is exactly the breath of fresh air auto racing needed. We are excited to work with the team at SRX once again to put on a great show for the short track fans of the northeast.” 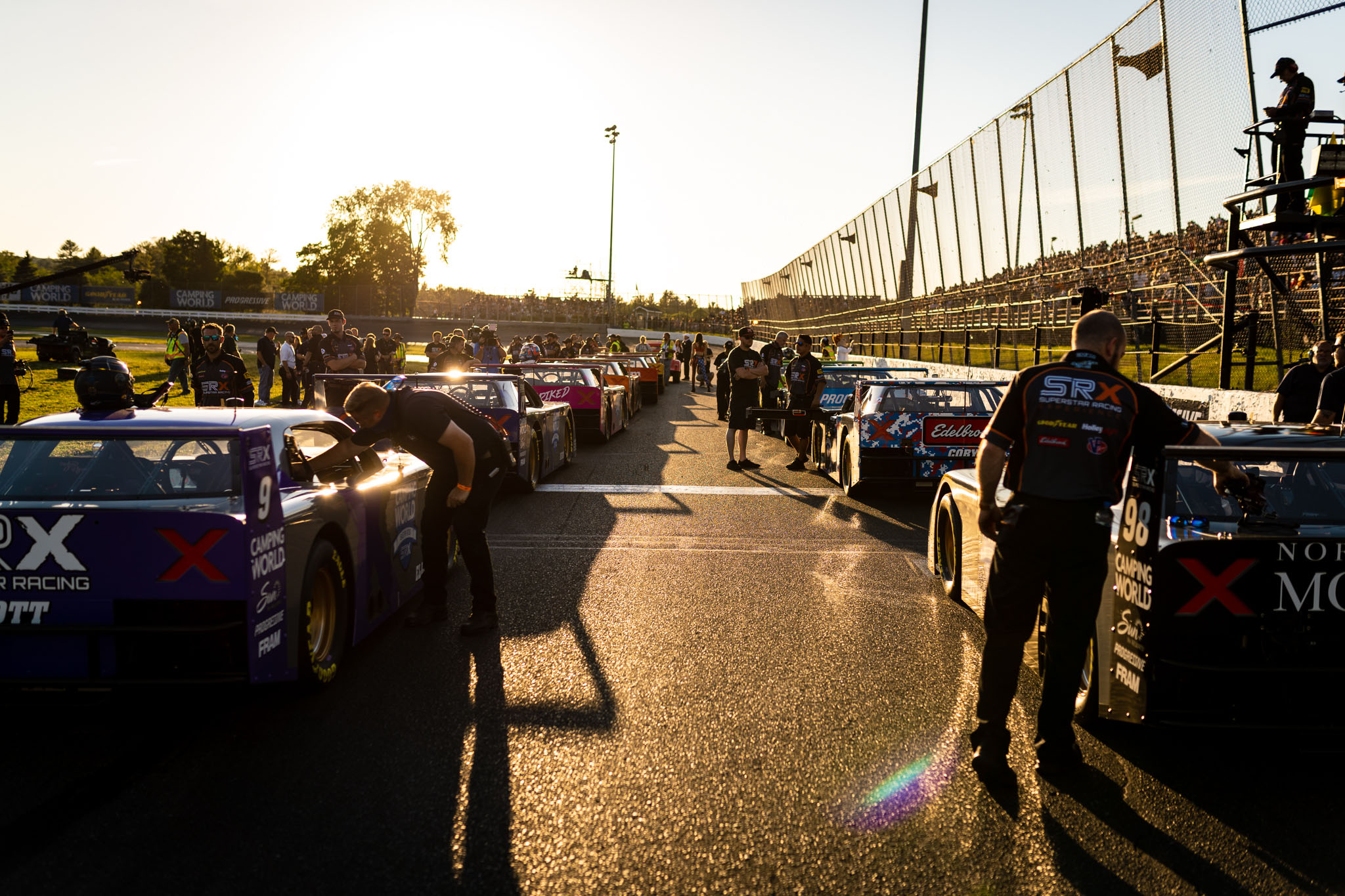 The SRX series will once again be accompanied by Stafford’s SK Modified® division but unlike the 2021 event, the July 2nd race will be a 50 lap high paying points race.