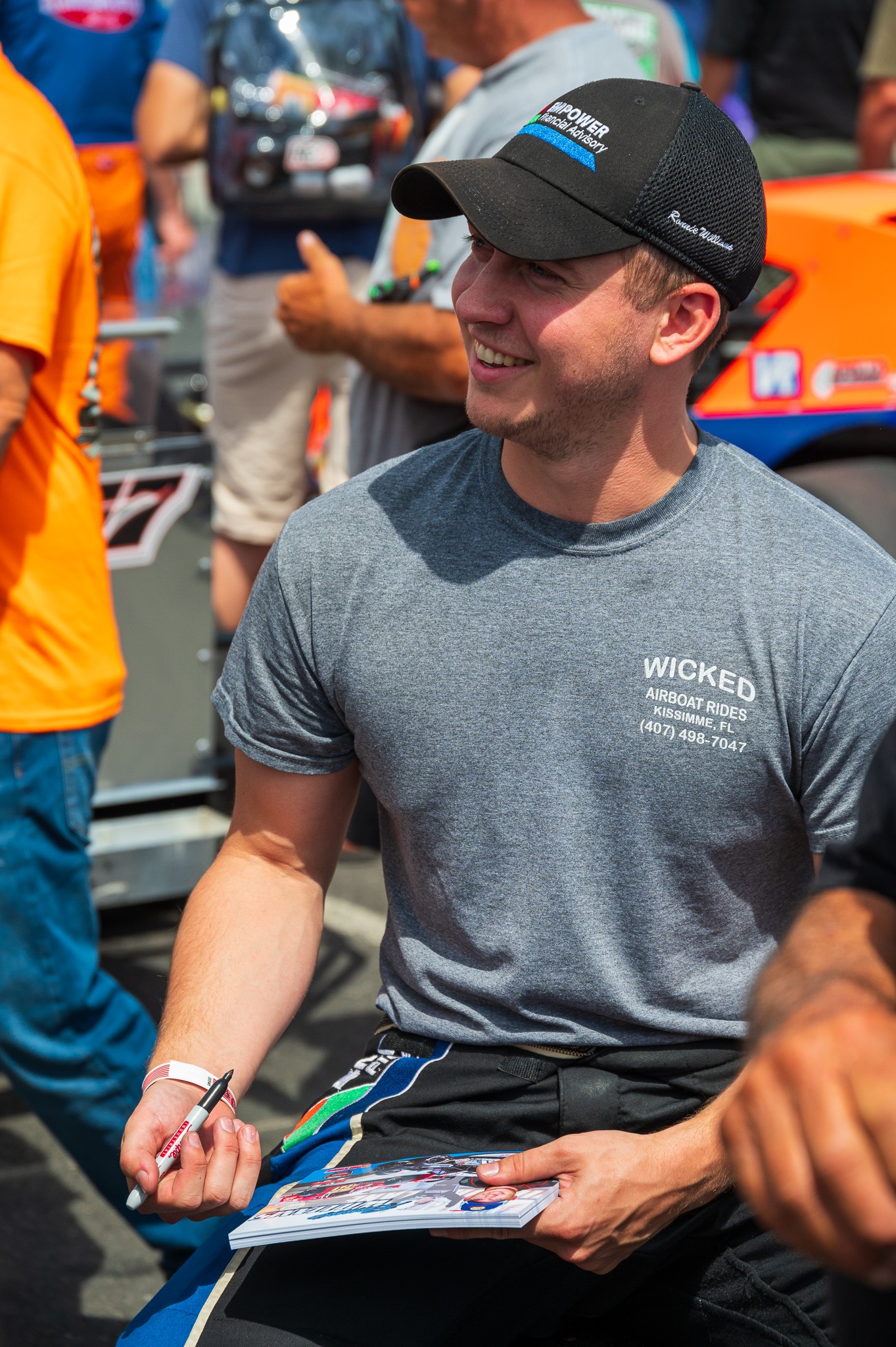 (Stafford Springs, CT)—Coming off a 4th place finish in Stafford Speedway’s 50th Annual NAPA Spring Sizzler® to go along with 3rd and 6th place finishes thus far in the SK Modified® division, Ellington native Ronnie Williams is looking to continue his strong performances in the CBYD Open 81 this Friday, May 20th.  Williams started the 100-lap Sizzler® from 12th place, worked his way into the top-10 within the first 20 laps of the race, and then spent the second half of the race in the top-7 eventually racing his way to a fourth place finish.  While Williams says his #50 Empower Financial Advisory / Les’s Auto Center car was just a little off to make a run for a NAPA Spring Sizzler® win, a small adjustment is all that is needed to make the #50 a winning car in the CBYD 81.

“Overall the Sizzler® was a very solid day,” said Williams.  “We started 12th after finishing 6th in our duel race, got through some guys early on, and I think we were either second or third off of pit road after our pit stop.  My guys have been killing it on pit road during the open races, which makes my job a whole lot easier.  From there, we were a little off compared to Preece, Hirschman, and Silk so we have some small adjustments to make but I’m really looking forward to the CBYD 81.  We’ve been good in general at Stafford, including the SK car this season.  There’s just very little adjustments we need to make and I know we’ll be back in victory lane.  It’s not like we’re bouncing off the walls going crazy trying to figure things out, we feel more confident than ever.” 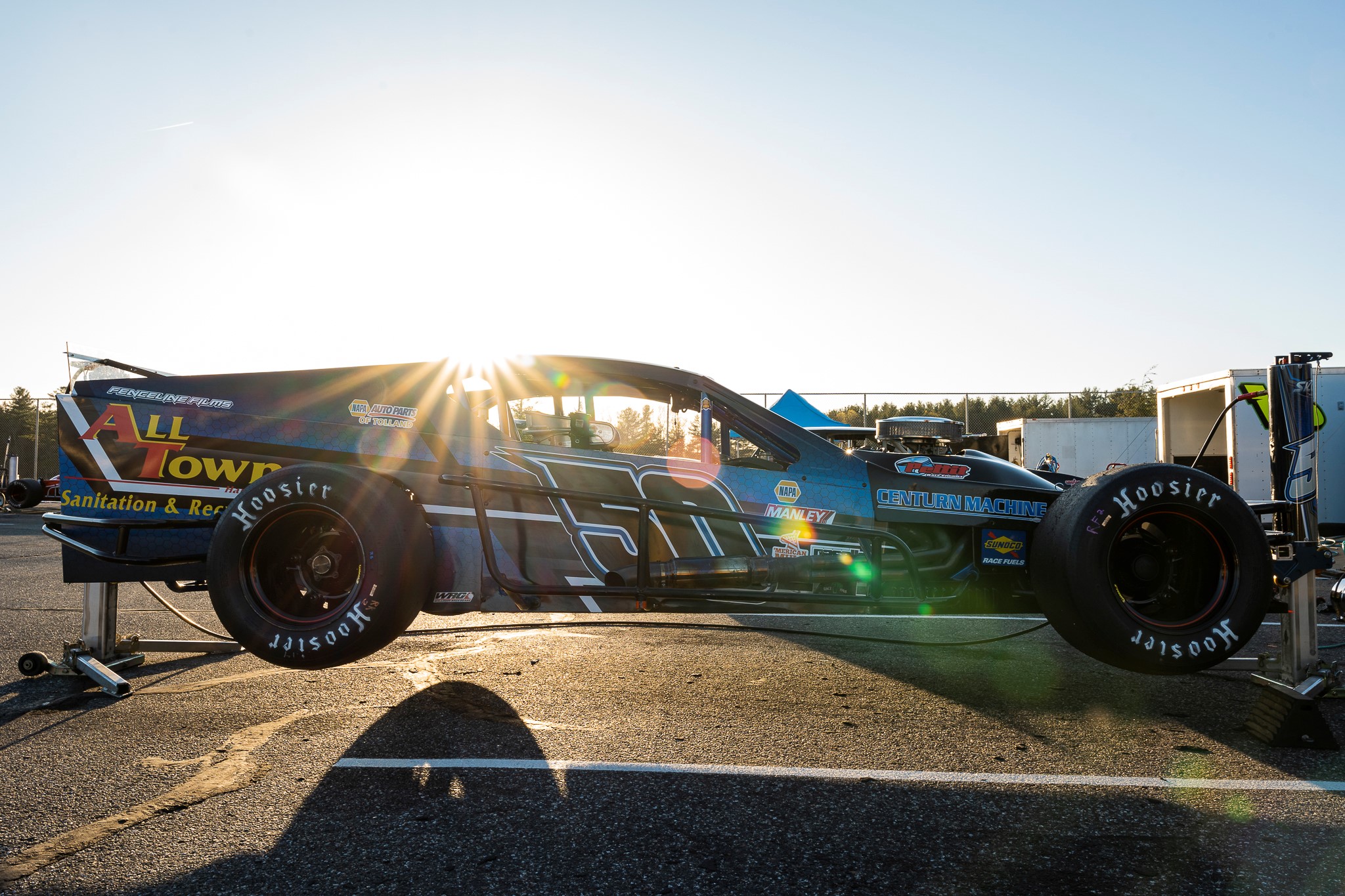 Williams and the #50 team have gotten off to a great start in 2022, scoring a pair of 6th place finishes along with a 3rd place finish during New Smyrna’s World Series in February before coming to Stafford where Williams has a 3rd and a 6th in the SK Modified® division to go along with his 4th place NAPA Spring Sizzler® effort.  With positive momentum on his side after a rough 2021 season, Williams is looking to continue his good fortunes.

“It seemed like last year we couldn’t do anything right,” said Williams.  “When the car was bad it was bad and even when it was good somehow we were bad.  It was a weird thing we had going on last year.  I think we regrouped over the off-season, everyone got their heads right and now we’re just going out and having fun.  We had a couple of chances to win races down in New Smyrna but cautions didn’t fall our way and we had a couple of mechanical issues but we were fast and we’ve been fast all season long so far.  I know we’re only halfway through May, but we’re really looking forward to the rest of the season.  It’s a good confidence booster when you can go out and consistently be in the top-5.”

With the weather starting to warm up with the calendar approaching the end of May, Williams’ #50 car typically picks up some speed as the weather heats up.  With a good baseline to work off of from the Sizzler and his first 2 weeks of SK Modified® racing, Williams feels like his car can be a winning car this Friday night with the right adjustments. 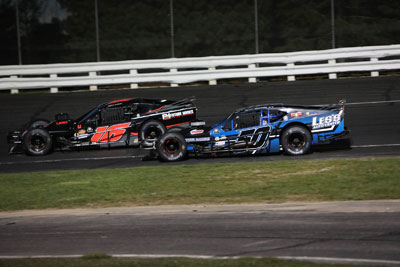 “I hope we’re going to be good, I don’t deal with the setups,” said Williams with a laugh. “I’ll be telling Adam [crew chief Skowyra] if the car feels good or not.  But usually our car seems to thrive when the weather warms up.  Adam will set the car up as he usually does and we’ll make adjustments as the day goes along.  It’s all going to be about being in the right place at the right time, having a good pit stop, and being there at the end of the race.  We’ve been pretty fast every time we’ve unloaded the open car at Stafford and right now I’d say we’re at about 90% with the car and we just need that last 10% and we can be untouchable.”

As for who Williams feels will be his chief competition for the checkered flag this Friday night, he points to his fellow Stafford regulars as the drivers to beat.

“Any time you go to an open race at Stafford, Chase Dowling was pretty untouchable last year and Keith Rocco is going to be in there, all the normal guys that I’ve been racing against the last 9 years,” said Williams.  “We were good at the Sizzler but we weren’t quite good enough.  We’re confident about coming back to Stafford and it doesn’t matter if we’re racing against 10 cars or 30 cars, we think we’re going to have a good run.” 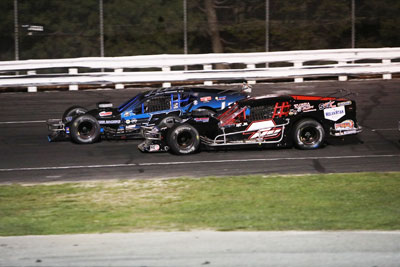 The 4th Annual CBYD 81 is scheduled for this Friday, May 20.  Stafford’s SK Modified®, Late Model, SK Light, Limited Late Model, and Street Stock divisions will join the Open Modifieds in feature action.  Tickets for the CBYD 81 are available now online at StaffordSpeedway.com/tickets and tickets will also be available for purchase at the admission gates.  Tickets for the CBYD 81 are $30.00 for adults, $10.00 for kids 6-14, and free for kids 5 & under.  Reserved seating is priced at $35.00 for all ages and pit passes are $45.00 with a valid 2022 Stafford Competition License and $50.00 without a Stafford license.  If you are unable to attend the event, tune into the live stream on FloRacing, the official streaming partner of Stafford Speedway.