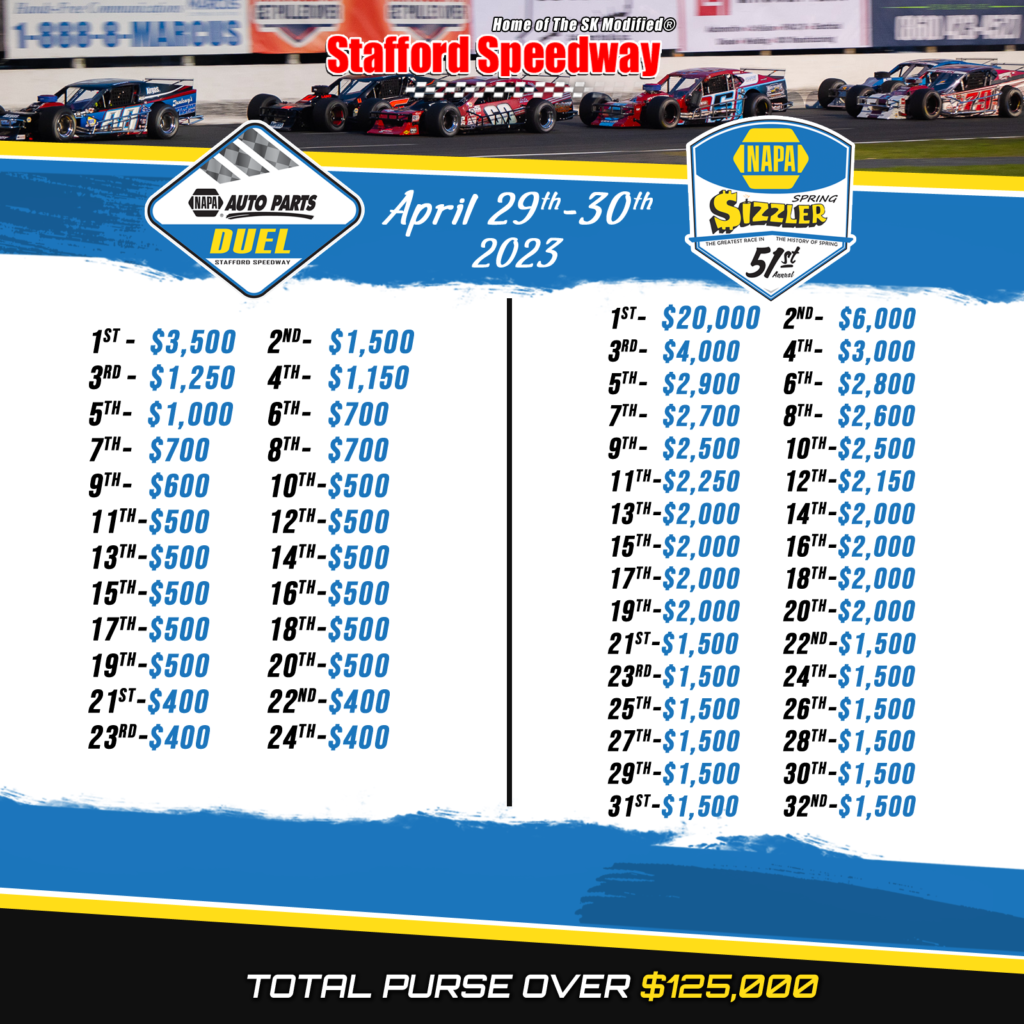 (Stafford Springs, CT)—The tradition continues at Stafford Speedway in 2023 with the 51st running of the NAPA Auto Parts Spring Sizzler®, April 29th and 30th, the Greatest Race in the History of Spring. The biggest Modified race of the year will also see the biggest race purse of the season for the Modifieds with over $140,000 on the line, including a potential payday over $35,000 for the winner of the Spring Sizzler. 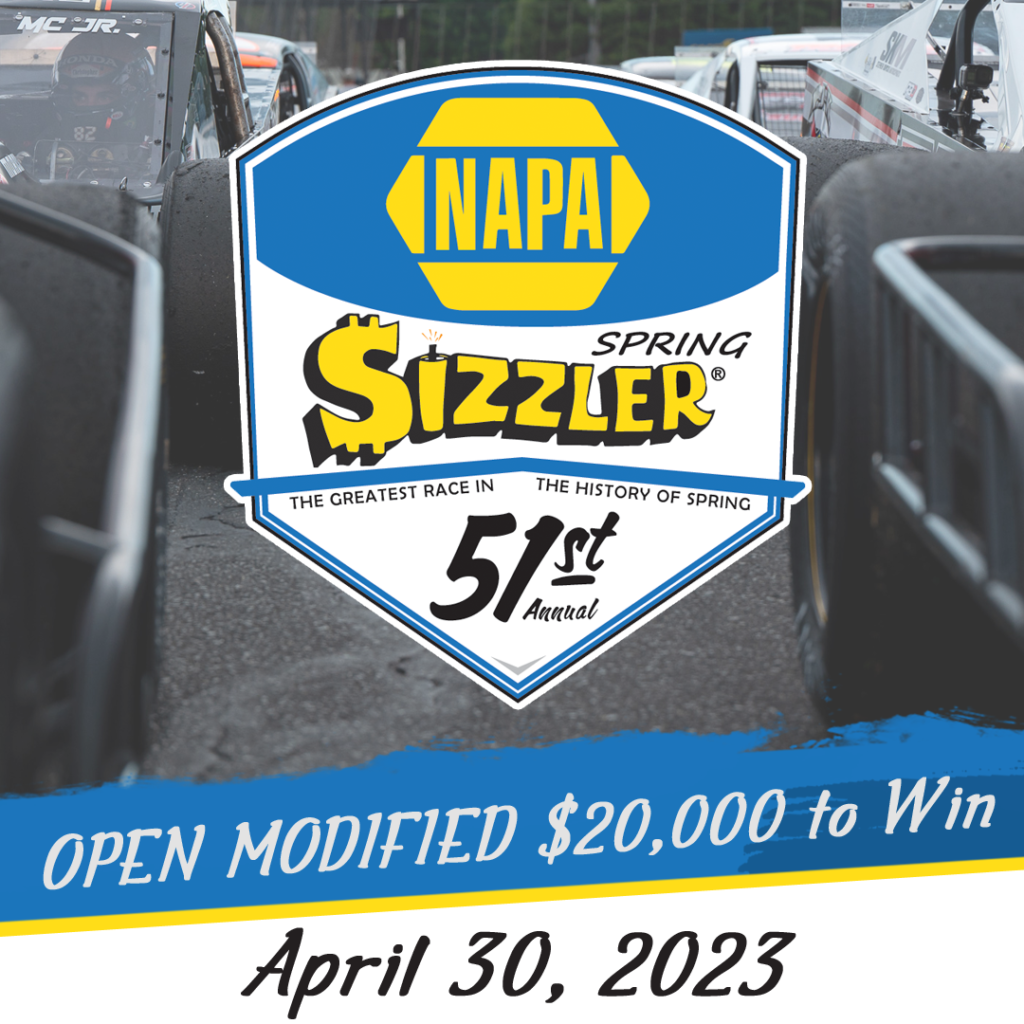 “The NAPA Spring Sizzler® is the biggest Modified race of the year,” explained Stafford Speedway CEO Mark Arute. “In 2022 we re-established that with the Open Modified and Duel format with a $15,000 to win 100-lapper. The fans and race teams responded really well to that event and we’ll keep that format in 2023 but boost the prize money to $20,000 to win and over $140,000 in total prizes across the NAPA Duel and NAPA Spring Sizzler®.”

Matt Hirschman won the 2022 50th running of the NAPA Spring Sizzler® in dramatic fashion, outlasting a hard charging Ryan Preece. For his win, Hirschman won $24,100 after all prizes, a payout he could easily eclipse in 2023. Preece and Ron Silk rounded out the podium with winnings of $12,550 and $8,550 respectively.