(Stafford Springs, CT)—Stafford Speedway veteran Rich Hammann has raced at the Connecticut half-mile facility for 13 years with the 2021 season set to be his 14th.  After racing from 2007-2018 in the SK Modified®, Late Model, and SK Light divisions, Hammann will return to the Limited Late Model division in 2021.  As he prepares for the 2021 season, the driver of the #28 NAPA of Tolland Chevrolet will experience something for the very first time in his racing career, a new car.

“I’ve been racing since 1994 and I’ve never had a new car,” said Hammann.  “I’ve always had second hand cars.  Over the winter, the guys from RRC (Rob Russell Chassis) put a new car together for me and I’m very excited because I’ve never had a brand new car to start off a season before.  The car is immaculate, it looks like a Cup car, and I can’t wait to get started this season.” 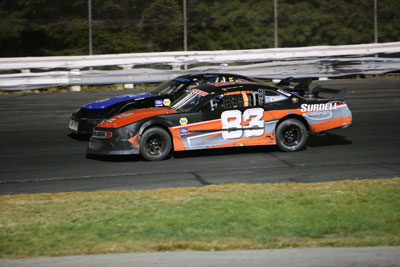 Hammann spent the 2020 season driving the #83 car owned by R.J. Surdell, posting 1 top-5 and 13 top-10 finishes in 14 races.  Hammann started getting setup help with the #83 from RRC towards the end of last season and that help allowed Hammann to record his season best finish of fourth on Sept. 25.  With RRC building a new car and once again helping him out this season, Hammann feels like he can not only capture his first career feature win at Stafford, but also be a contender for the Limited Late Model championship.

“I really think I can get a win this year and be a challenger for the championship,” said Hammann.  “Rob and the RRC guys are going to be backing me up so I imagine things are going to go pretty good.  Stafford is the only track that I haven’t won at and I’m trying to get that monkey off of my back.  I’ve raced and won at Monadnock, Waterford, Seekonk, and Riverside.  It’s been frustrating to not win yet at Stafford.  If I can get the first one out of the way I’m hoping that will open things up a little bit for more wins to follow.  Stafford has to be the toughest track that I’ve ever driven.”

In addition to getting help from RRC at the track, Hammann will have new crew members helping him this season. 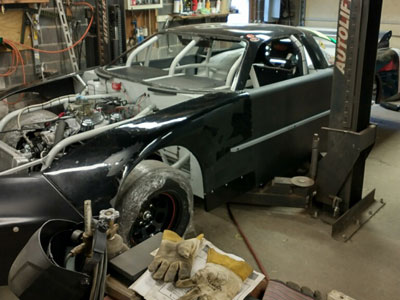 “I have 2 guys helping me out this year and that’s going to make a huge difference for me because normally I do everything by myself,” said Hammann.  “I would have to worry about things like buying tires, figuring out the tire stagger, getting tires mounted, fuel, and making any setup changes to the car while also worrying about driving the car.”

With the crew from RRC helping him out along with his new crew members, Hammann thinks that he can get his new car up to speed relatively quickly at the start of the season so he can contend with the heavy hitters of the Limited Late Model division.

“I think we can be pretty close to where we need to be right out of the box,” said Hammann.  “With Rob and the RRC guys helping me out I don’t think we’ll be too far off.  They’re all really good guys and they pay attention to the details.  I already have a good rapport with Rob, I tell him what the car is doing and he tells me what to do with the car.  I think Alexandra Fearn is going to be the driver to beat for the championship and Jeremy Lavoie is also going to be tough.  They’re probably the 2 best cars in the division so they’re going to be the ones to beat.” 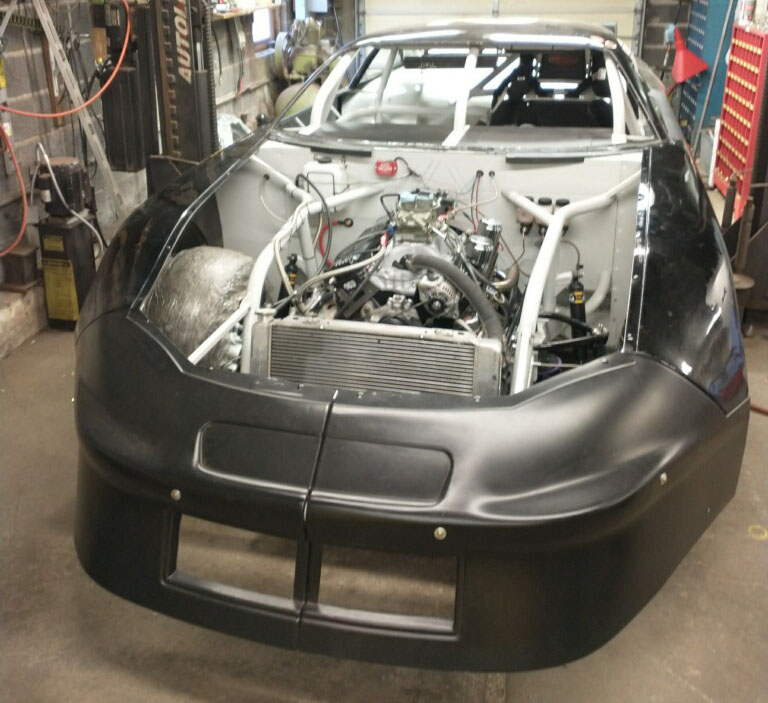 The last time Hammann ran his own car, he sported an old school Davey Allison paint scheme with a black, white, red, and gold car.  Hammann once again has an old school NASCAR Cup Series design in mind for his #28 machine this season and he is looking for a sponsor to go on the hood of his car.

“This car is going to look awesome, Outlaw Graphics is putting a wrap on the car,” said Hammann.  “It’s going to be an old school Cup scheme that I’ll surprise everyone with at the first race.  I have a couple of sponsors with NAPA of Tolland and Standard Welding for this season but I’m looking for a sponsor that I can put on the hood of the car.”

The 2021 Limited Late Model season kicks off on Saturday, April 24 as part of NAPA Auto Parts Opening Day festivities.  The Limited Late Model cars will be joined by the Granite State ProStock Series, the SK Modifieds®, Late Models, and Street Stocks.  Feature action at Stafford continues on Sunday, April 25 with the 49th Annual NAPA Spring Sizzler featuring the Whelen Modified Tour, the SK Modifieds® in the second race of a weekend doubleheader, the SK Lights, and the Vintage All-Stars.  Tickets for both events are available and on sale now through www.staffordpseedway.com.