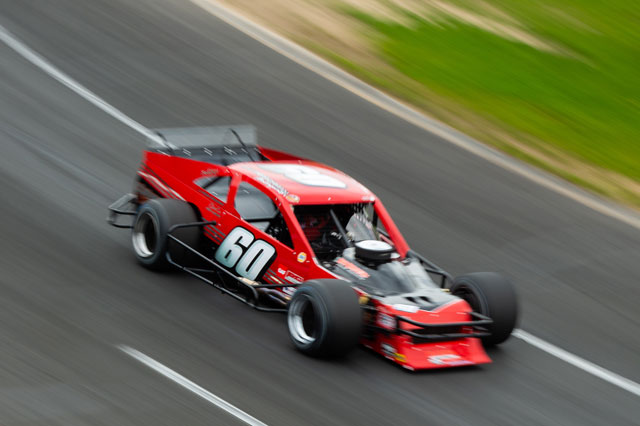 (Stafford Springs, CT)—Stafford Speedway has received its first entry for the 51st Annual NAPA Spring Sizzler®, scheduled for Saturday and Sunday, April 29 & 30, 2023.  The first entry comes from defending Sizzler® winner Matt Hirschman, who has entered his signature #60 modified in the 2023 edition of the Spring Sizzler, the same car he drove to victory in 2022. Hirschman will be looking to become the 9th different repeat winner of “The Greatest Race in the History of Spring.”

“It’s going to be big for sure,” said Hirschman.  “Obviously last year’s event was such a success and a huge win.  It’s going to be a big deal to come back and try to defend the Sizzler® win.  It’s going to be tough to go back to back, but I’m looking forward to it. It’ll be nice going into the race as a previous winner. I remember last year with the race being the 50th anniversary, all the previous winners were honored, I was kind of thinking it would have been nice to already be on that winner’s list but now I am and we can try to win the race again.  I think that was the biggest race that was held last season and it’s looking even stronger for 2023.” 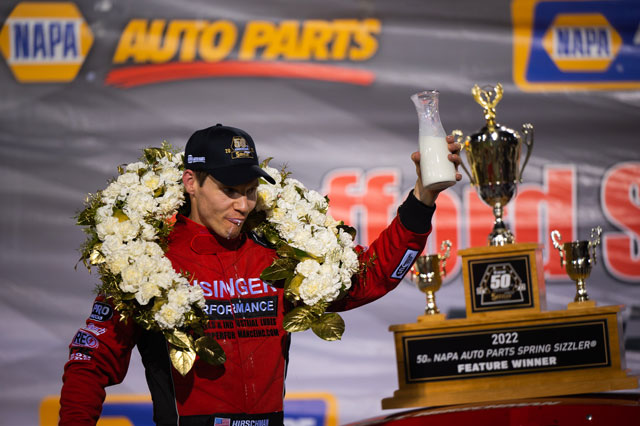 Hirschman’s Spring Sizzler® victory last season won him an astonishing $24,100 split between a guaranteed winner’s purse of $15,000 plus lap leader and contingency bonuses.  The $24,100 was the biggest winner’s check of Hirschman’s career. The winning check for 2023 promises to be even larger as Stafford Speedway has previously announced the 2023 NAPA Spring Sizzler winner will take home a guaranteed $20,000 plus bonus money.

“Certainly I have to give credit to Stafford and all the support for the race between the lap money and contingency bonuses,” said Hirschman.  “History is very important.  There can be a new event that comes about that might have the biggest payday or whatever, but it doesn’t have the history that the Sizzler® has.  There were a lot of big names and cars that weren’t able to qualify last year, the Sizzler® has all the ingredients to be a special event and we’re looking forward to trying to back up our win from last year.  The potential is there for another big pay day and I think that modified racing in general is on the upswing.  This is one of very few opportunities during the year for the potential of a big payout and I’m thankful to have that opportunity at Stafford.” 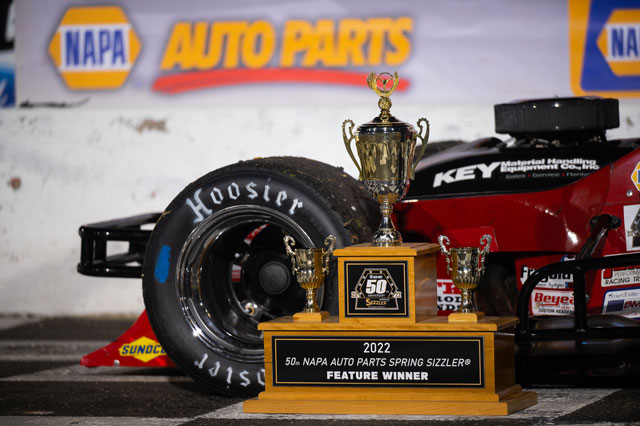 Prior to his victory last season, Hirschman had made 6 previous Sizzler® starts with a best finish of 8th, which he accomplished in 2006, 2007, and 2011.  Hirschman’s previous Sizzler® starts all came under a format of a 200-lap race with the field set by time trials.  Last year’s race saw a totally new format for the race with two 40-lap qualifying races plus a last chance qualifier setting the field for a 100-lap feature.  While Hirschman says that the new format might have helped him drive to victory, any advantage he may have had will be erased in 2023.

“It had been a while since I competed in a Sizzler®. With the change in format and moving to the open style cars, everything was very new last year. I don’t think a lot of people knew what to expect or how to plan for the race,” said Hirschman.  “I think maybe that helped me a little since I’ve always run a diverse schedule of different formats.  Coming back for this year, everyone knows what they’ll need to improve on and we need to look at what we did and figure out what we can improve on.  Everyone will be looking to win the race, which will make it tough to go back to back.”

Registration for the 2023 NAPA Spring Sizzler® as well as Stafford’s other four Open Modified races are now open at staffordspeedway.com.  Teams have the option to register for individual races or they can register for all 5 races at a discounted price.

More information regarding the 51st running of the NAPA Auto Parts Spring Sizzler®, including full purse, tickets, and a special lap sponsor announcement, will be available in the next few weeks.