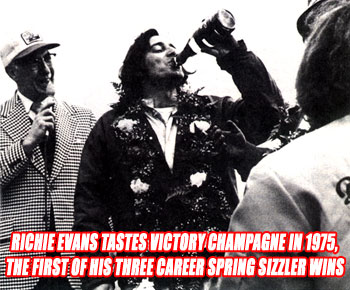 Richie Evans never tired telling of his woes mastering Stafford’s tricky geometry. Evans’ long list of Stafford victories started with the ’75 Sizzler, the first victory for an “outsider.” Ed Flemke was second, followed by Fred Schulz, Ron Bouchard, and Bugs Stevens. The “Rapid Roman” started on the outside pole and beat Bouchard into the first turn. He held the lead until lap-40, when Bouchard took over. Evans would retake the lead on lap-55 and would lead the rest of the way. The rules called for 12.5″ rubber. Evans actually won the race using 10″ Late Model Sportsman tires. 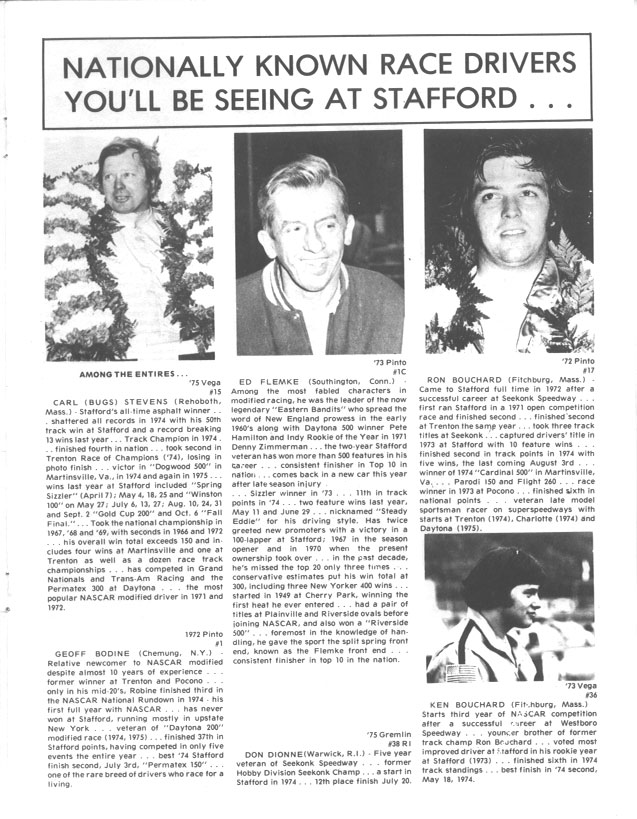 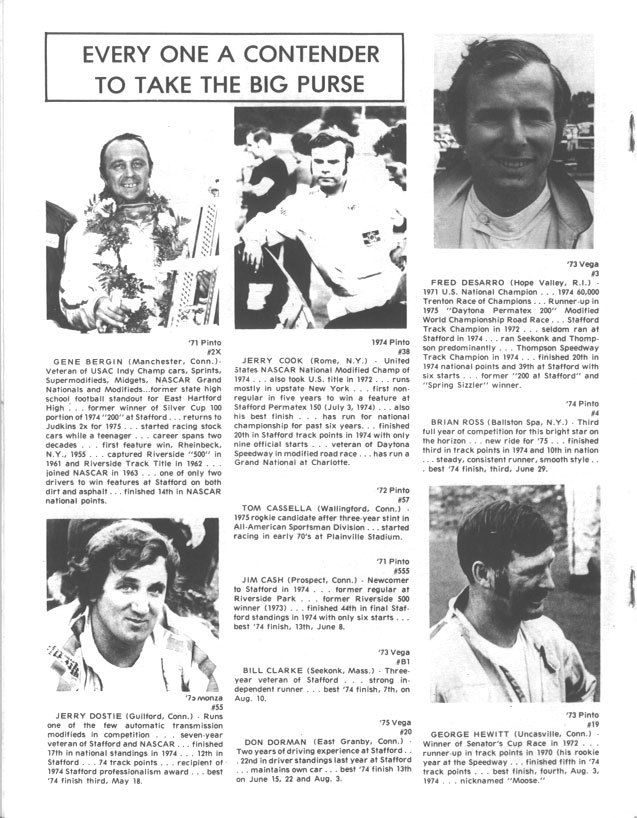 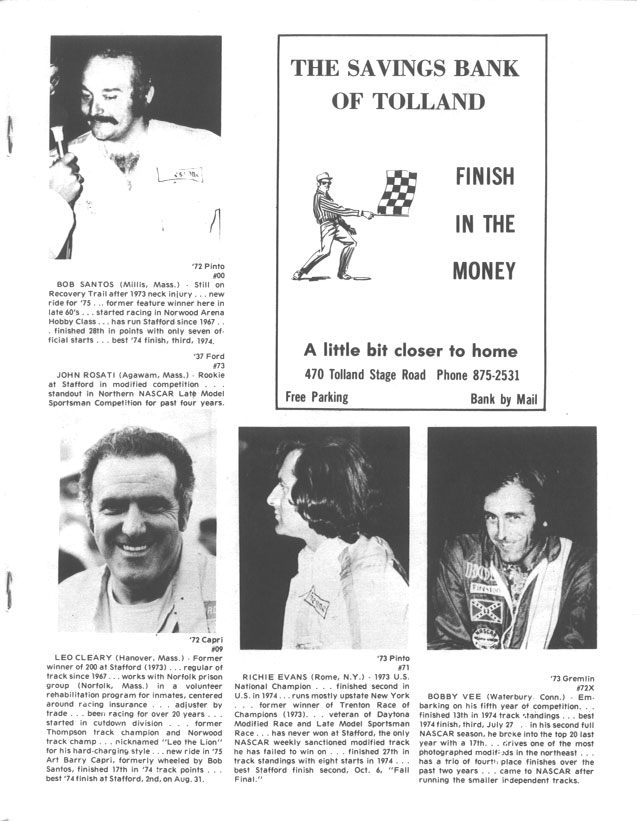 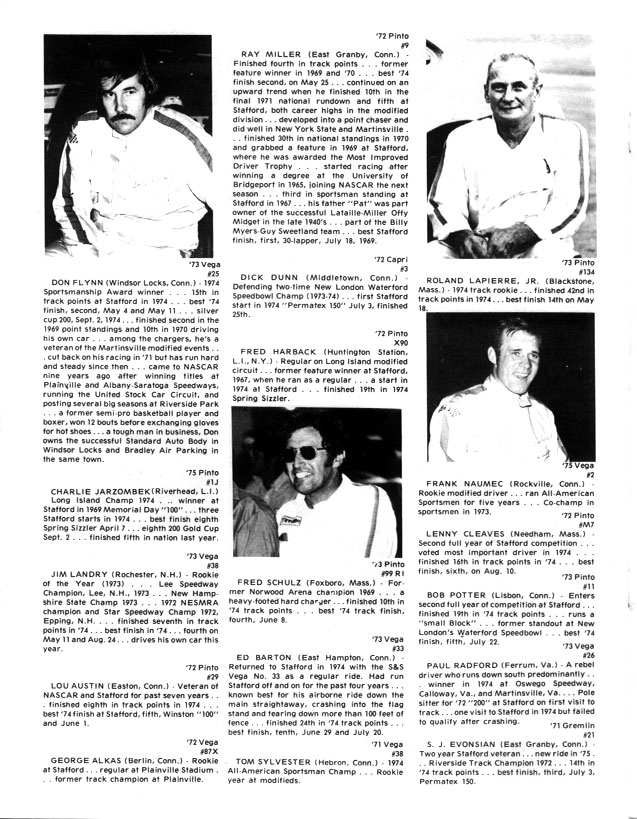 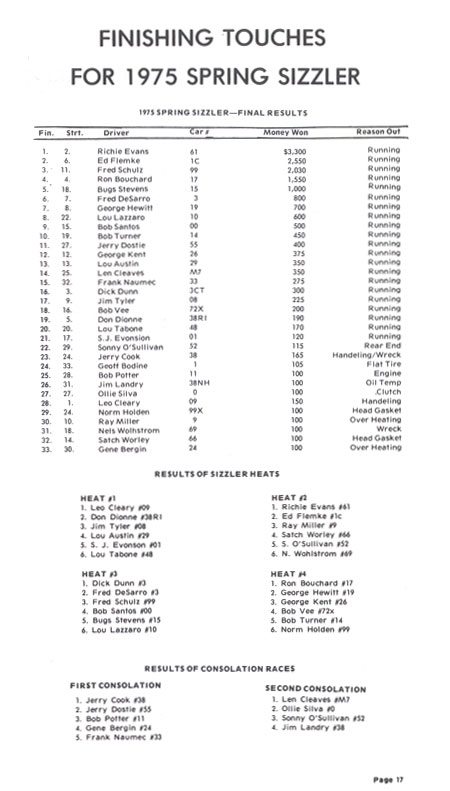 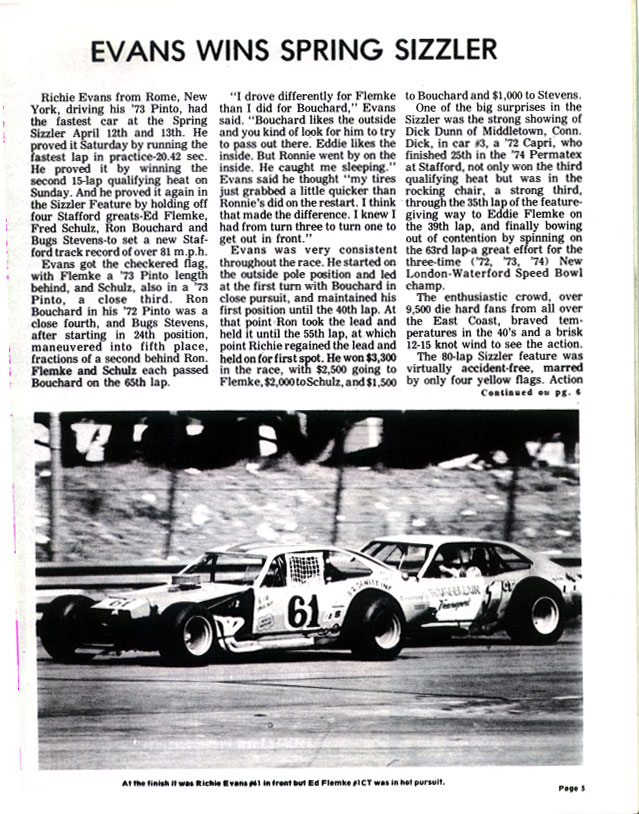 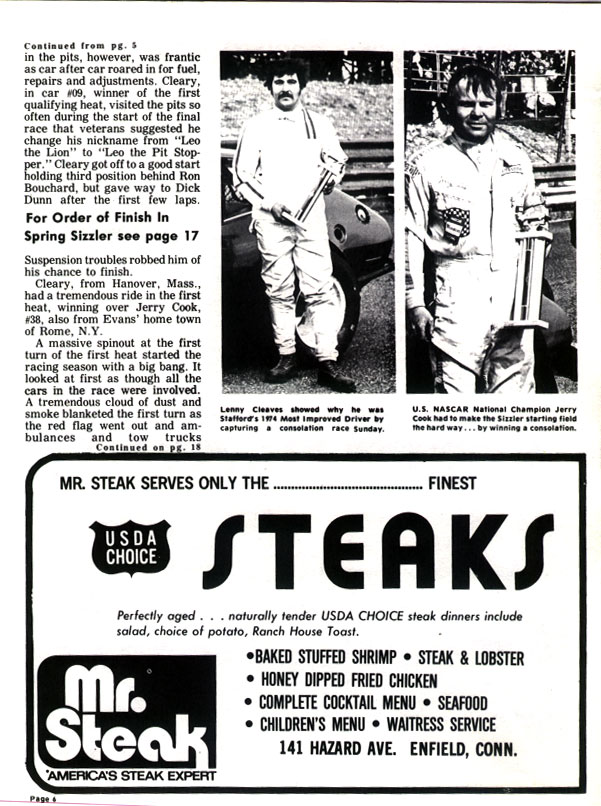 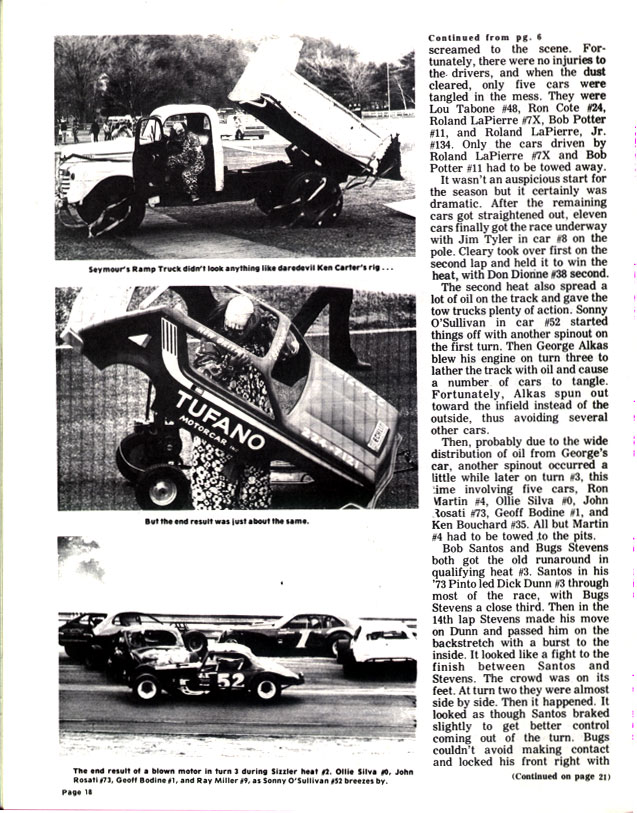 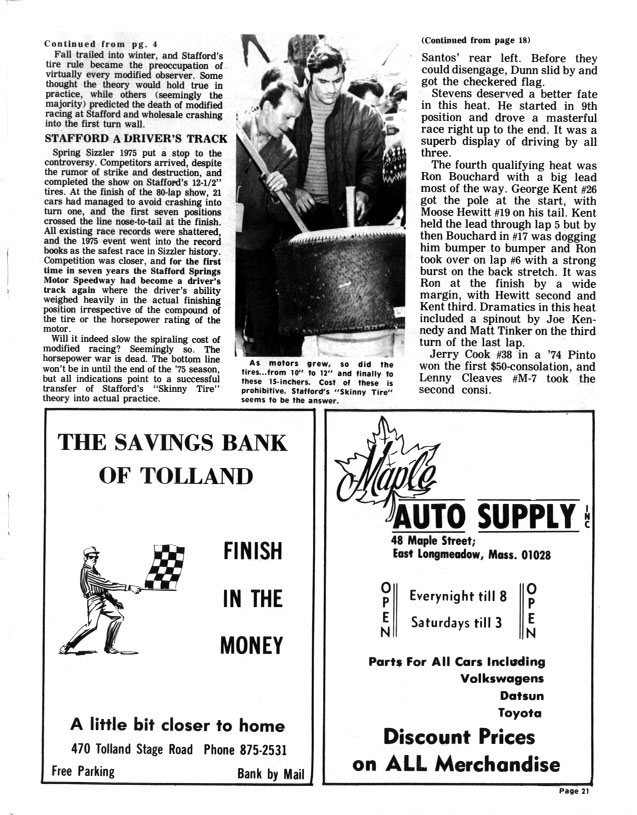 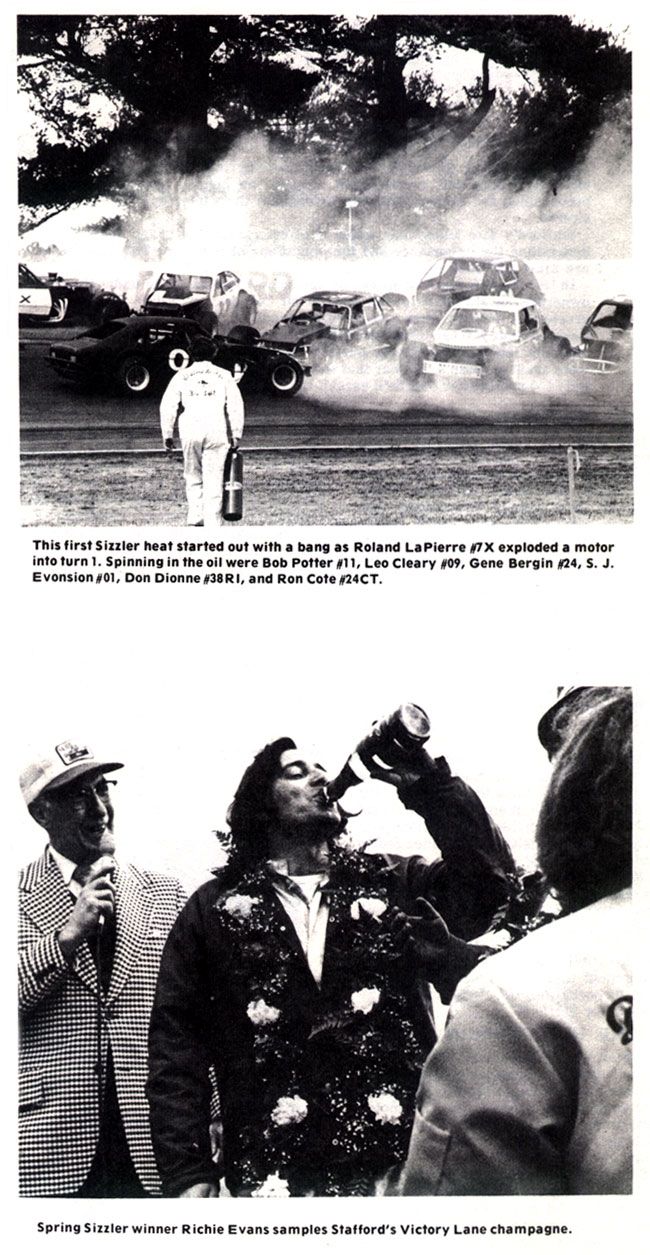 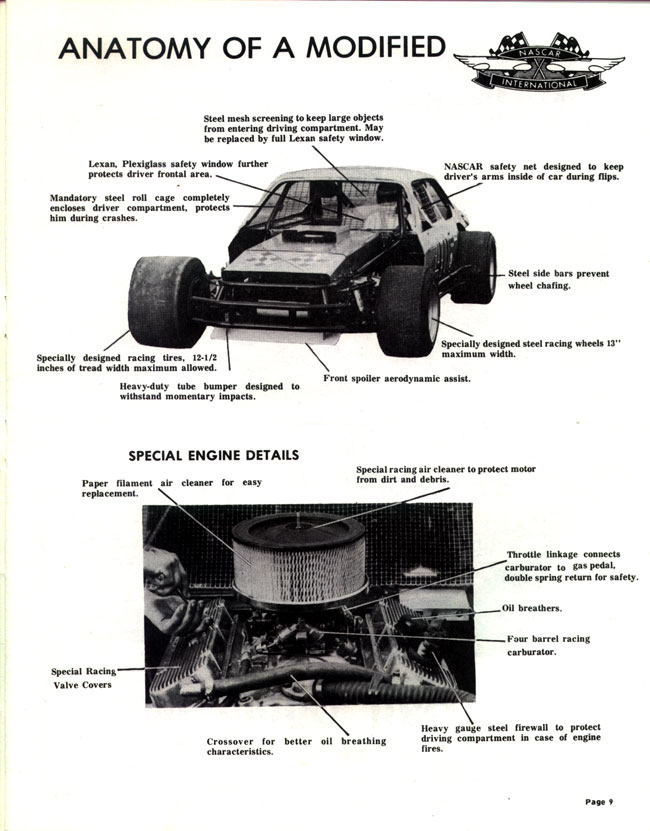