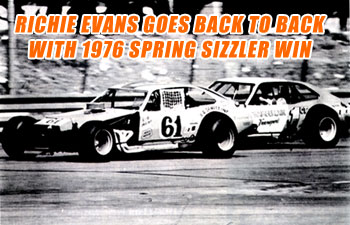 Richie Evans continued to set Sizzler precedents. After battling with Geoff Bodine for much of the race, Evans drove to victory to become the first driver to win two Sizzlers and also was the first driver to lead the race from green to checkered. Twice a victim to rain, the race was run on Memorial Day. Bodine placed second, with Ray Hendrick, Fred DeSarro, and Brian Ross rounding out the top-5. Satch Worley made his first Sizzler a memorable one, sitting on the pole in the Clarence’s Steak House #26 Vega. Don LaJoie, driving Bob Johnson’s #17, became the second driver to leave the track when he went over Charlie Jarzombek down the backstretch. 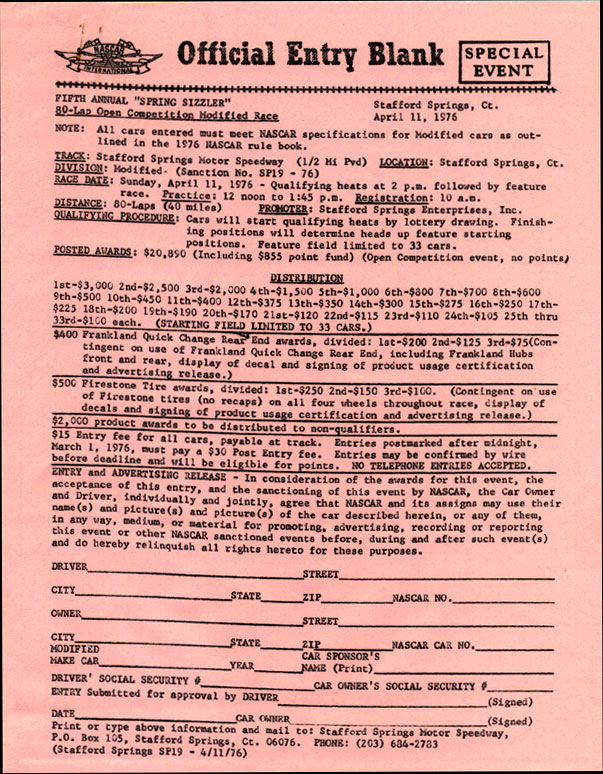 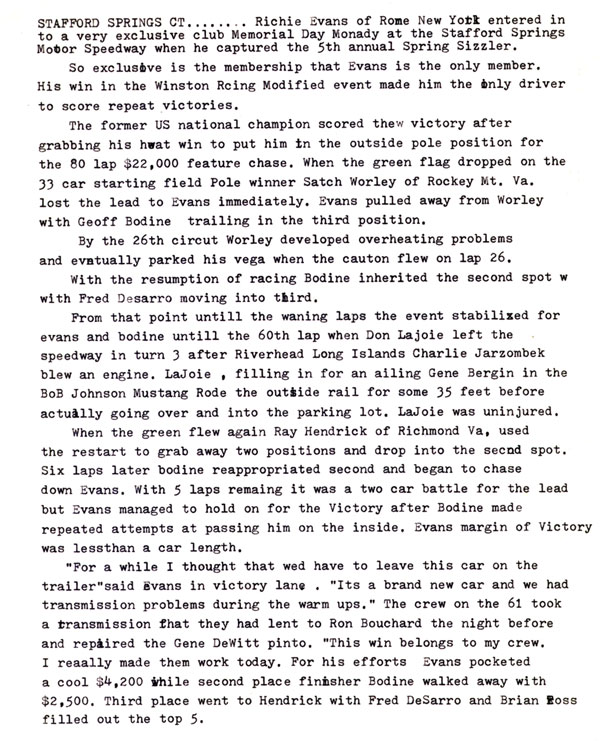 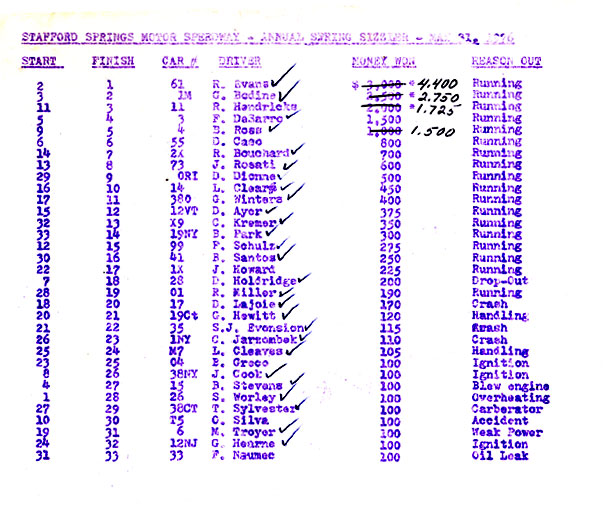 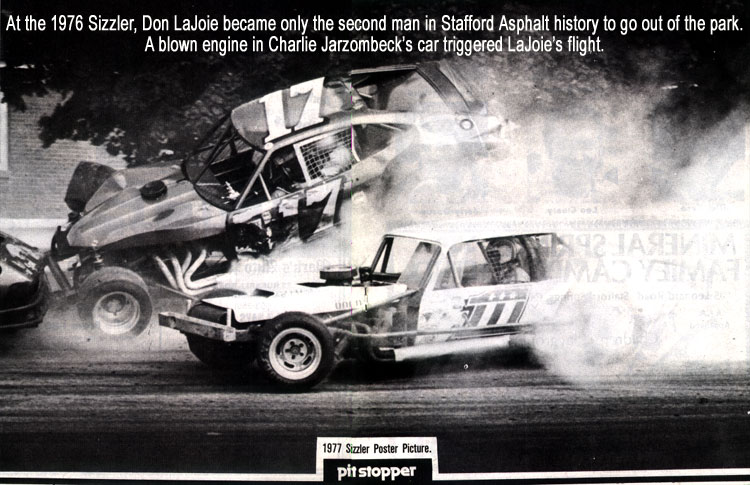