Six years earlier, Arute recognized the cost of modified racing was spiraling out of control and he created the SK Modified® division as a cost effective way to go modified racing. And on April 10, 1988, his baby took to the track as the main attraction of “The Biggest Race in the History of Spring.”

The 17th annual Spring Sizzler belonged to the SK Modified® division. Ted Christopher started 5th, and passed both Bob Potter and Bo Gunning over the final 25-laps of the race to claim the victory.

Gunning had taken the lead from Richie Gallup on lap-12, and led until lap-59, when Christopher was able to make the pass for the lead. At the finish line it was Christopher, followed by Potter, Gunning, Ed Spires, Chuck Docherty, and Mike Christopher.

Potter had competed in the inaugural Spring Sizzler in 1972 as did Moose Hewett, the 28th place finisher. There were only two caution periods. 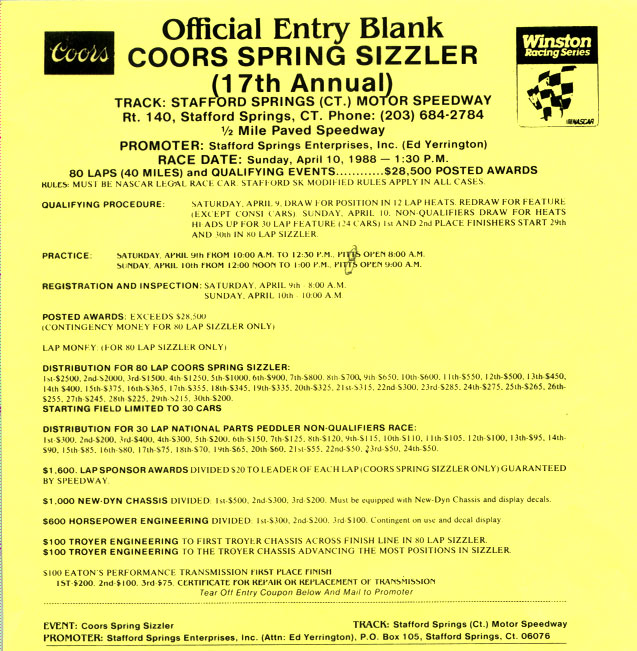 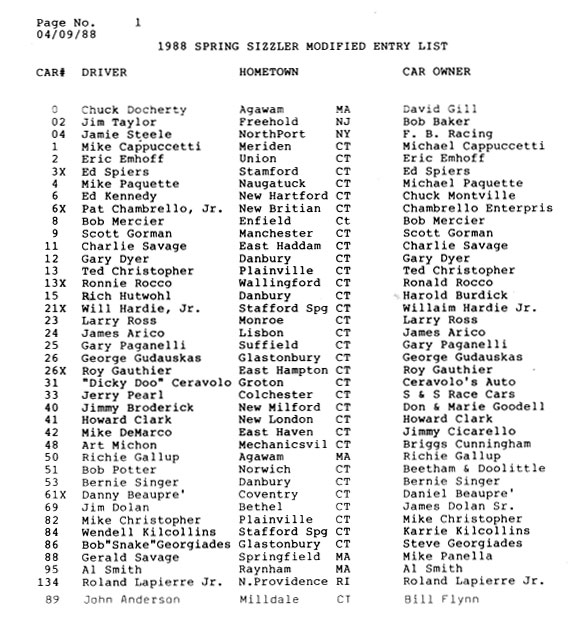 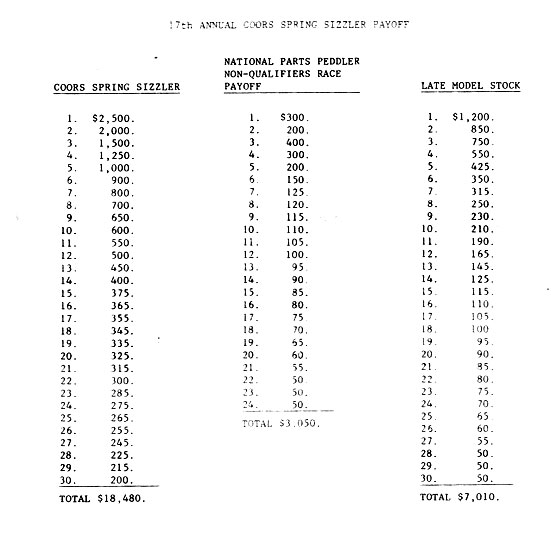 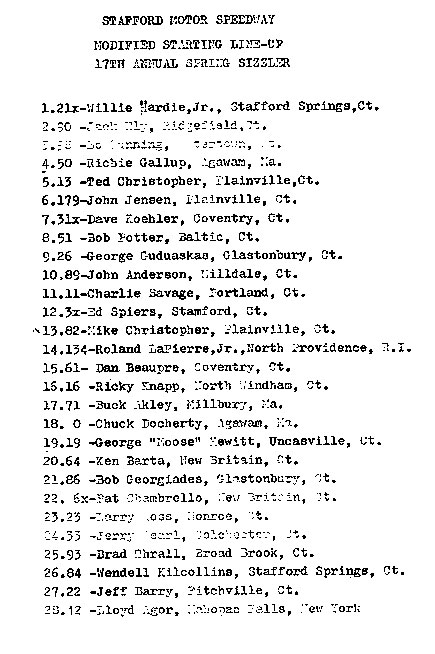 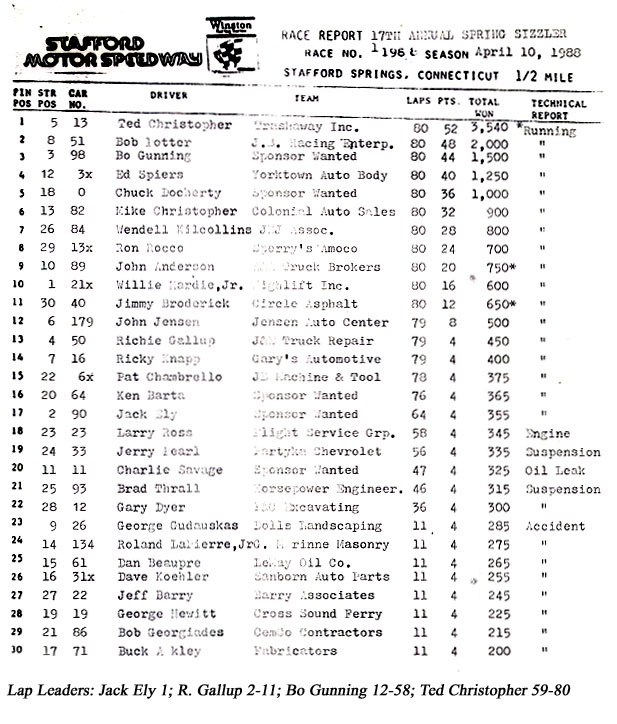 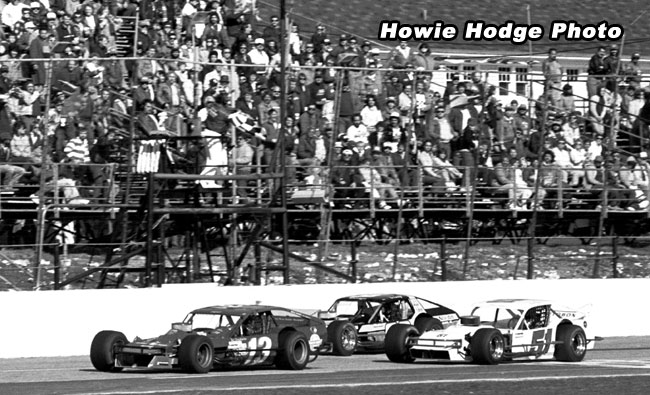 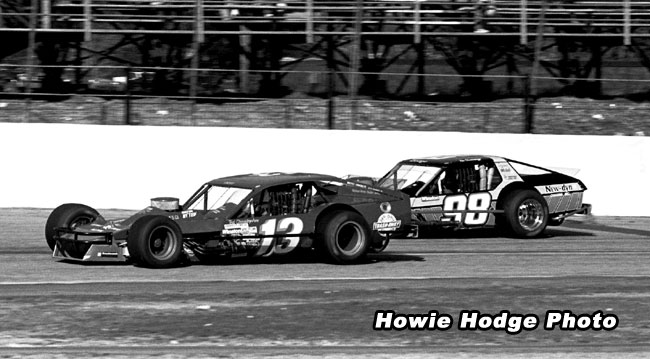 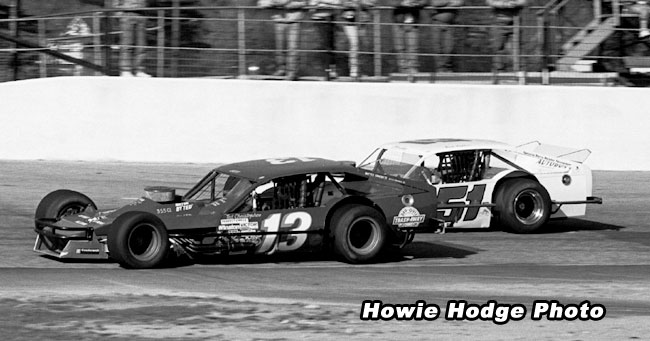 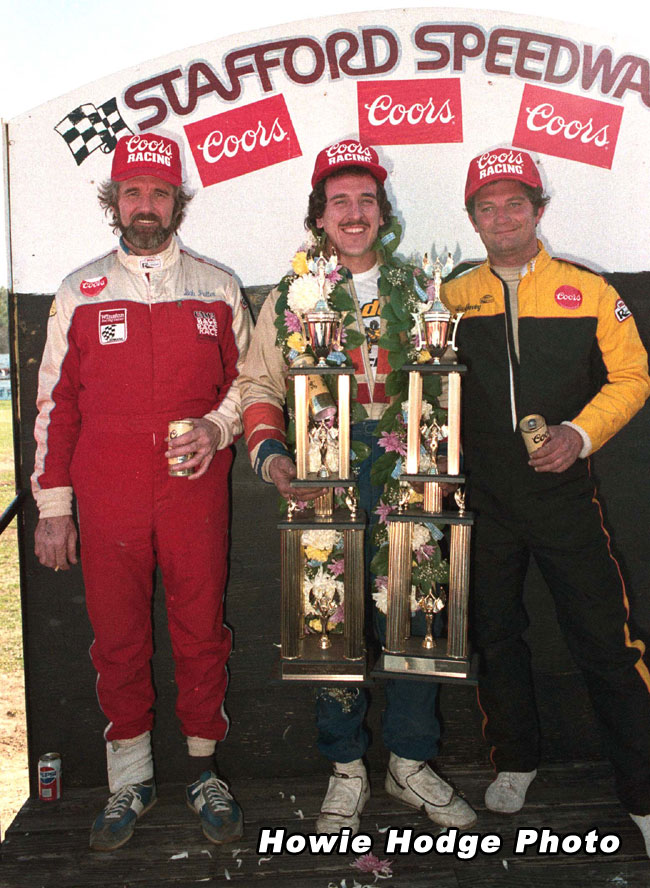 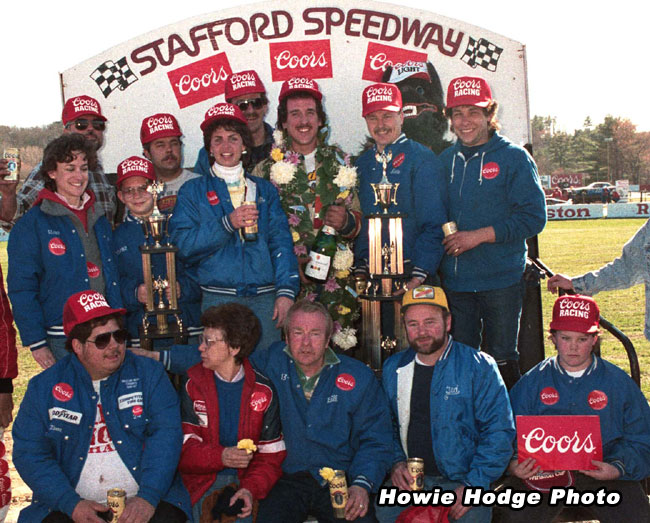 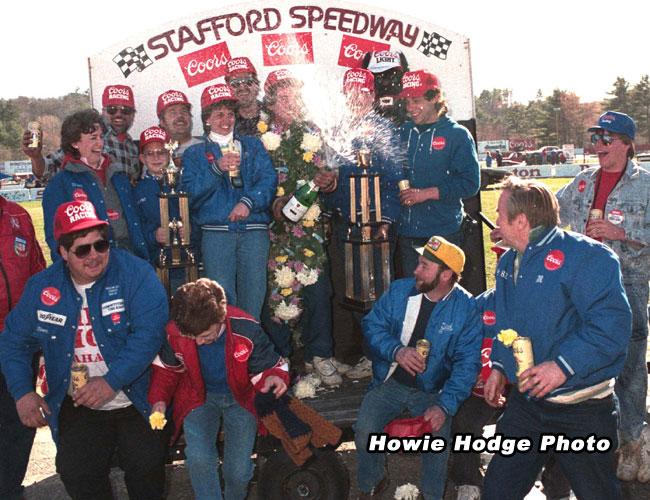