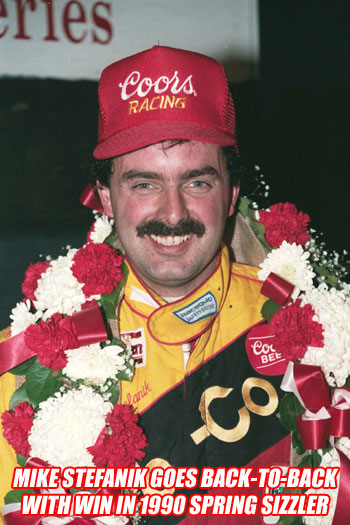 Pointing out lady luck was always on his side at Stafford, Mike Stefanik joined Richie Evans, Maynard Troyer, and Greg Sacks as the only drivers to win consecutive Sizzlers.

Stefanik took the lead from George Kent on a lap-165 restart. Reggie Ruggerio appeared to have the dominant car, but lost a tire which brought out the caution. The 200-lap event had only three leaders: Mike McLaughlin (1-66), Ruggerio (67-164), and Stefanik (165-200).

Ruggerio had set fast time in qualifying with a 19.474 second effort. Tony Hirschman passed the most cars, coming from 29th starting spot to finish 9th. 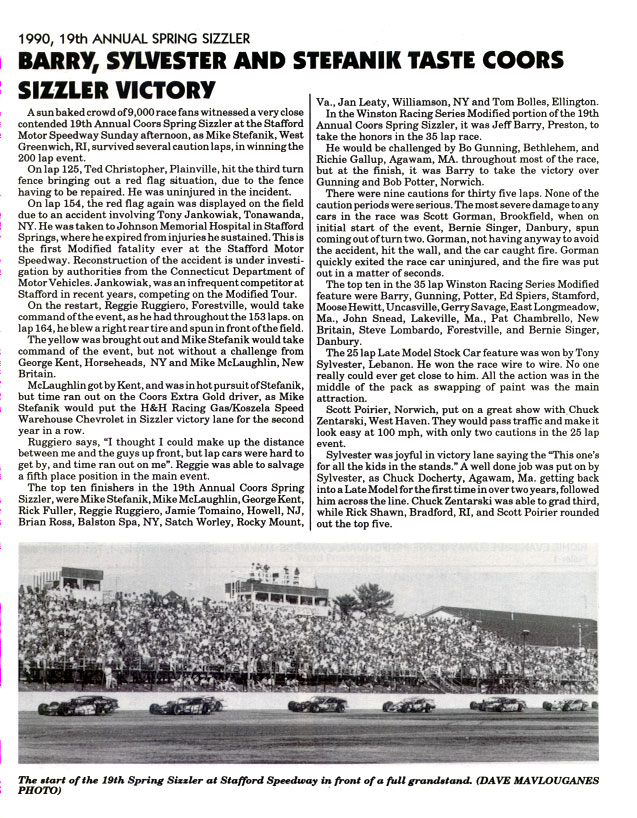 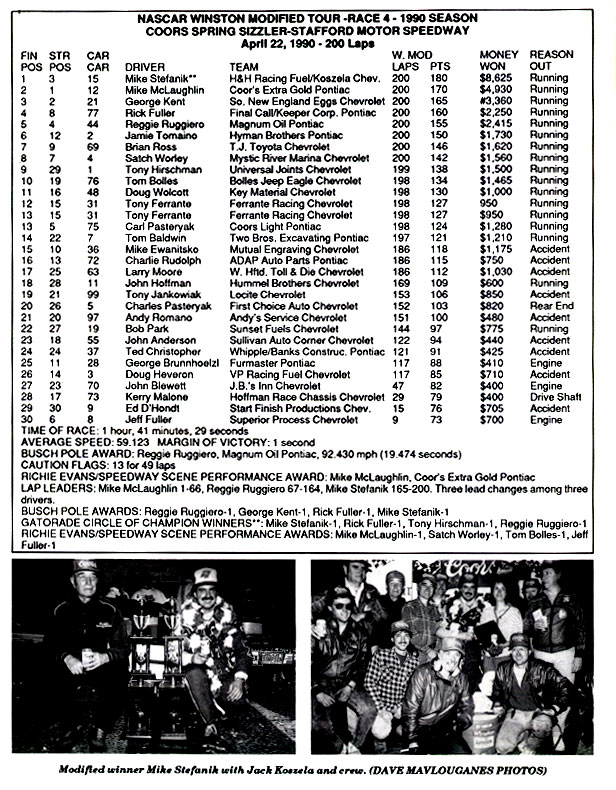 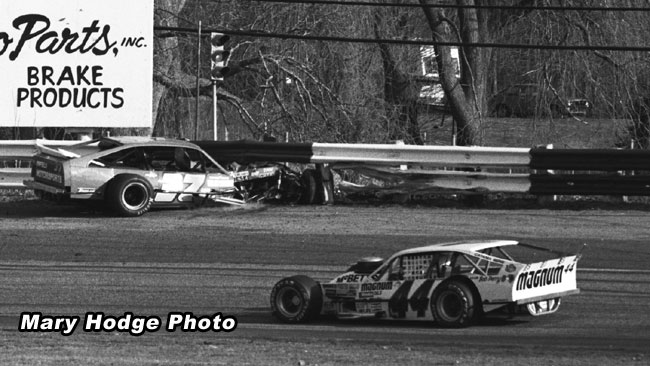 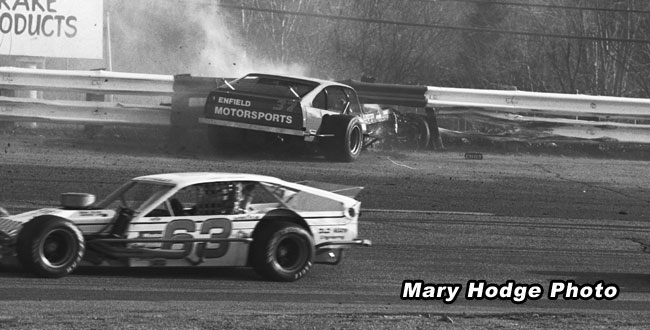 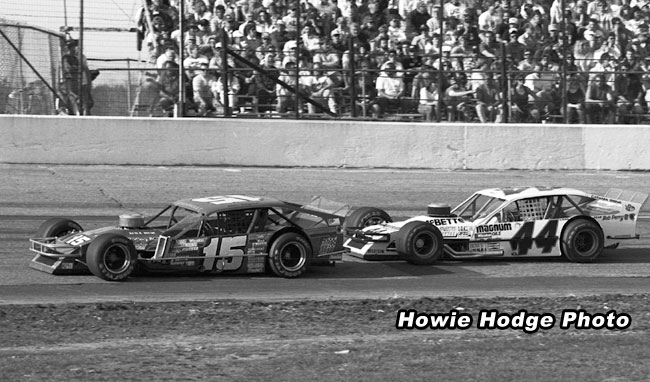 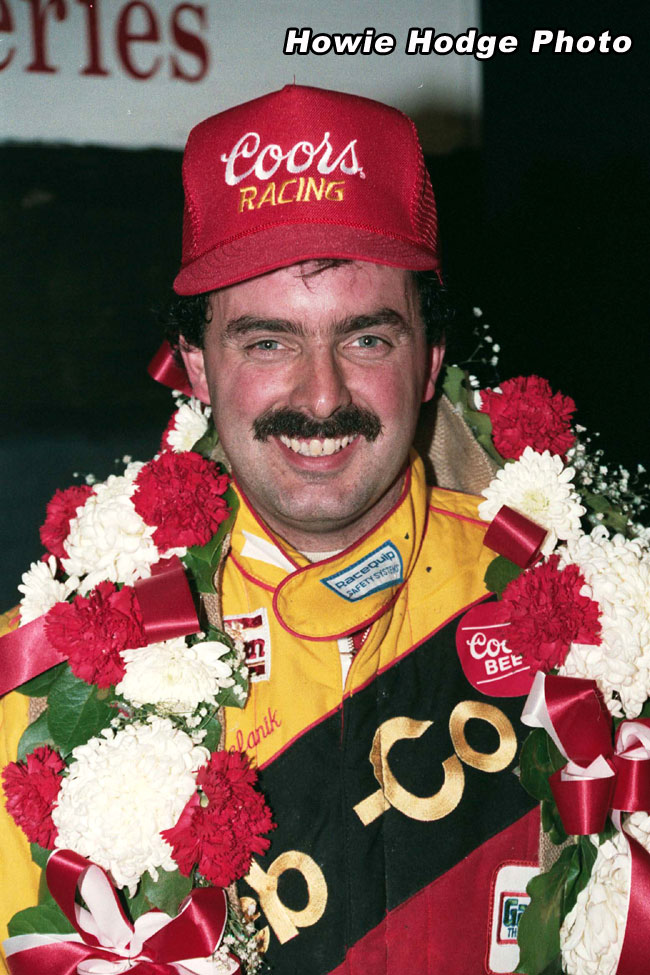 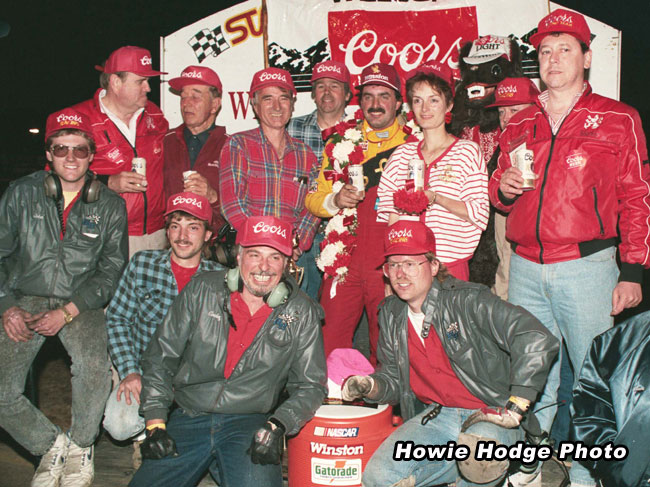