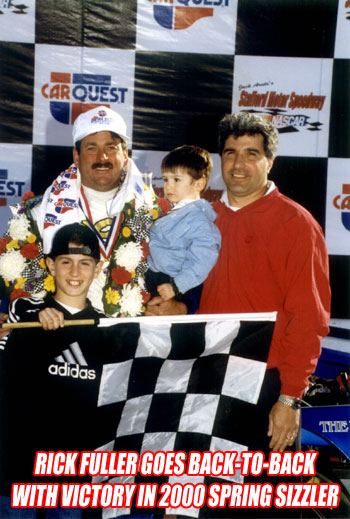 After dominating for much of the race, Reggie Ruggerio had an ingnition box failure on a lap-191 restart, and Fuller was able to make the pass for the lead.

Ruggerio was able to change the ignition box and held onto the second position. But the temporary loss of power was enough for Fuller to gain an advantage that he wouldn’t lose in the final 9 laps of the race. 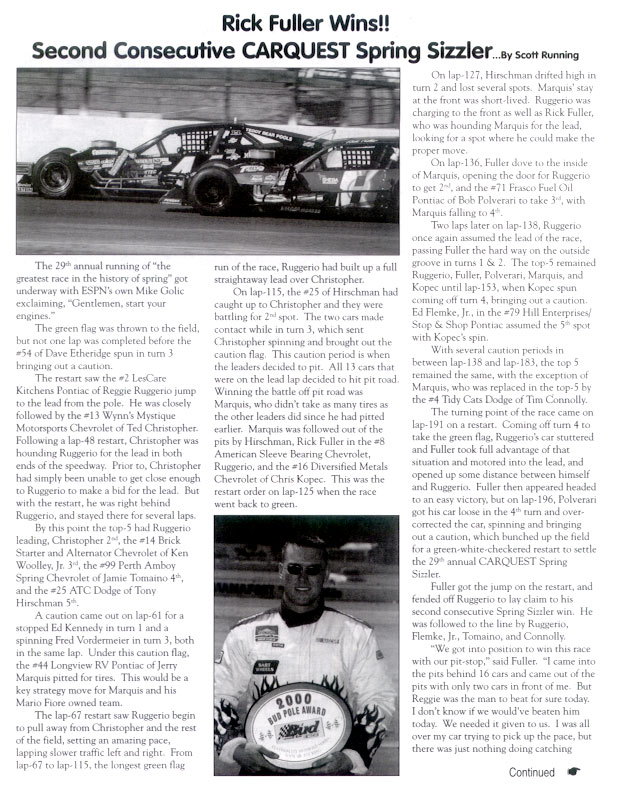 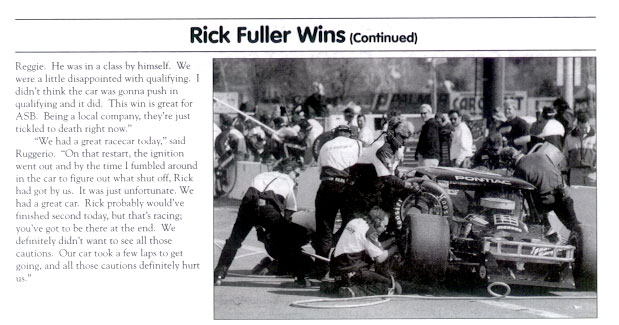 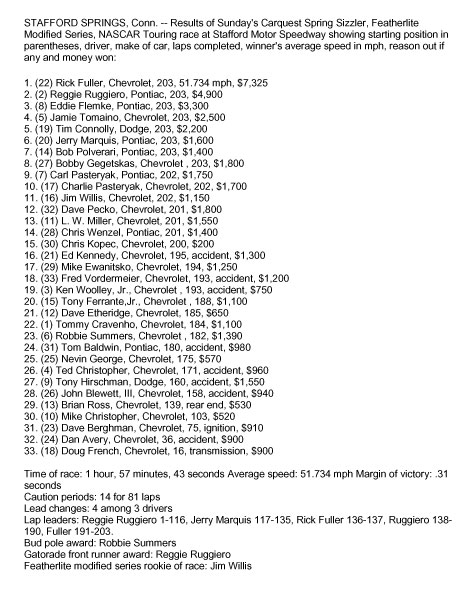 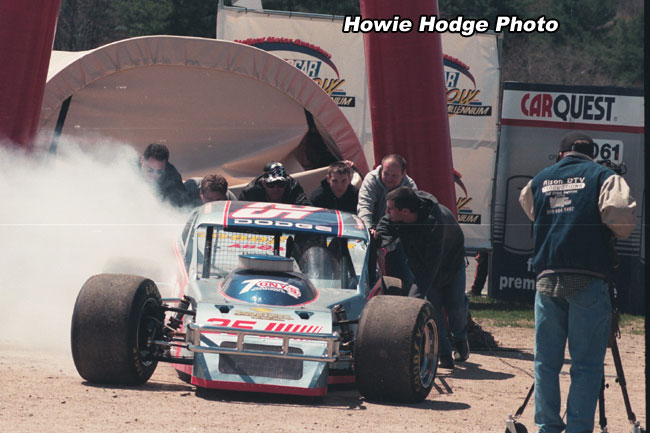 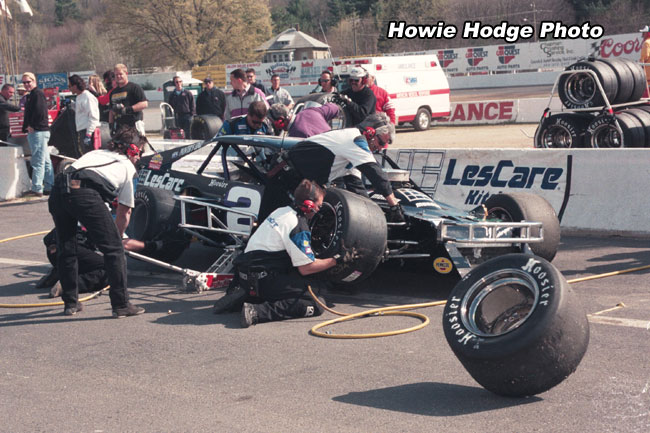 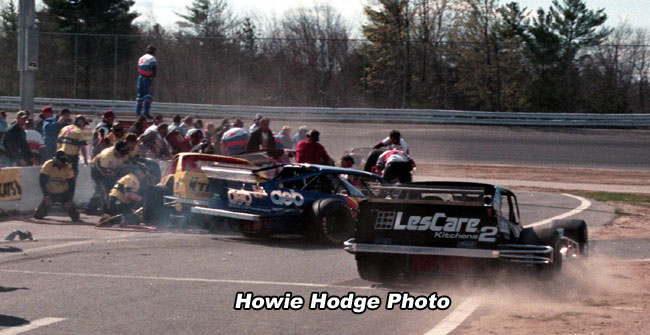 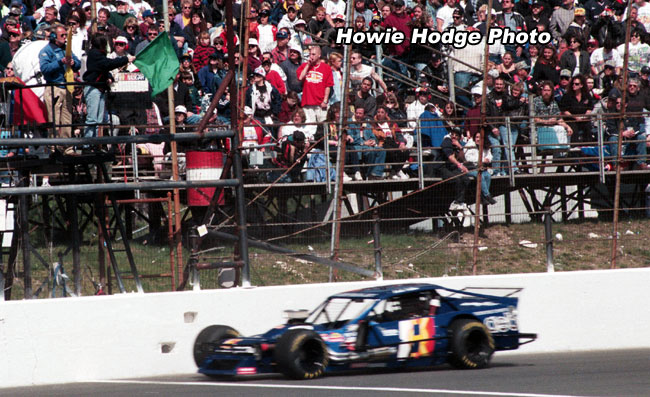 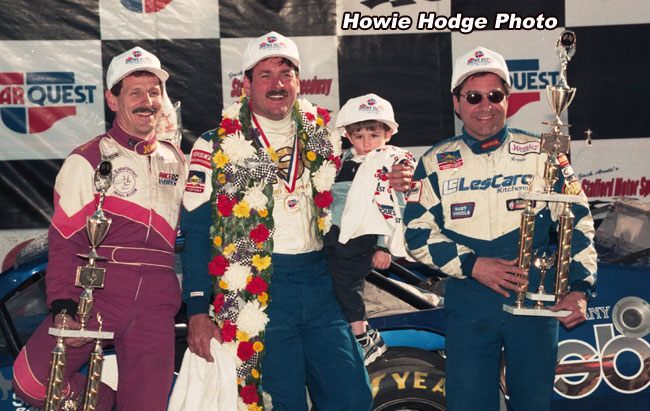 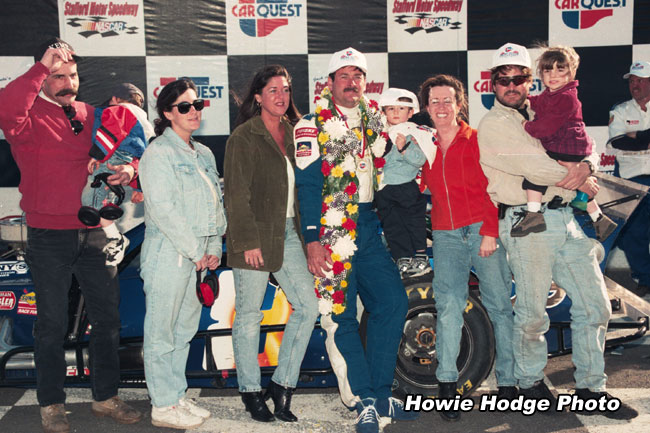