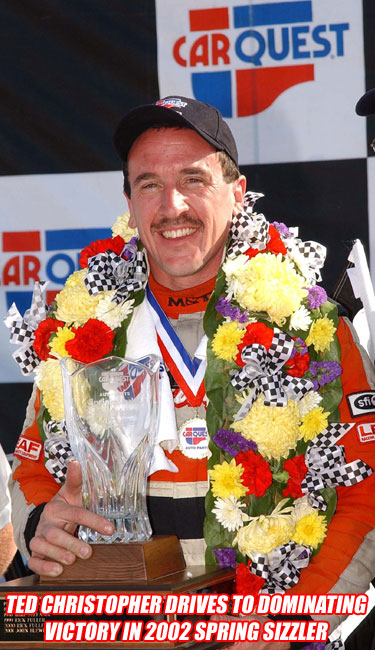 Ted Christopher was the winner of the 31st annual Spring Sizzler in dominating fashion, leading 150 of the race’s 200 laps.

Christopher was heavily pressured by Chuck Hossfeld for the lead during the first 100 laps of the event. The race went green from lap-86 to lap-133 and Christopher was able to stretch his lead over second place Todd Szegedy to a full straightaway. But that lead was erased by the caution flag when Jamie Asklar stopped on the backstretch.

Under the caution, Christopher and the majority of the lead lap cars came to pit road for service. Christopher’s car was strong on the restart, but as he was coming through traffic back to the front, he and Tom Baldwin made contact, which nearly ended Christopher’s day in the turn 1+2 fence.

Dave Berghman held a solid lead over Tommy Cravenho, but 3-time Sizzler winner Rick Fuller was marching to the front. Berghman held the lead until lap-174, when on a restart, both Fuller and Christopher went under Berghman, dropping him to third. Christopher wasted little time and took the lead from Fuller the next lap.

Christopher would lead the final 26 circuits around the track and he took the checkered flag in a convincing win. Christopher led a total of 3 times for 150 laps, and covered the 100-mile race distance at an average speed of 56.127 mph. He pocketed $10,280 for the victory.

Ken Wooley, Jr. was the Bud Pole winner with a qualifying time of 18.175 seconds at an average speed of 99.037 mph. Christopher was the Gatorade Front Runner by virtue of leading the most laps in the race, and Todd Szegedy was the Butler Built Rookie of the Race. 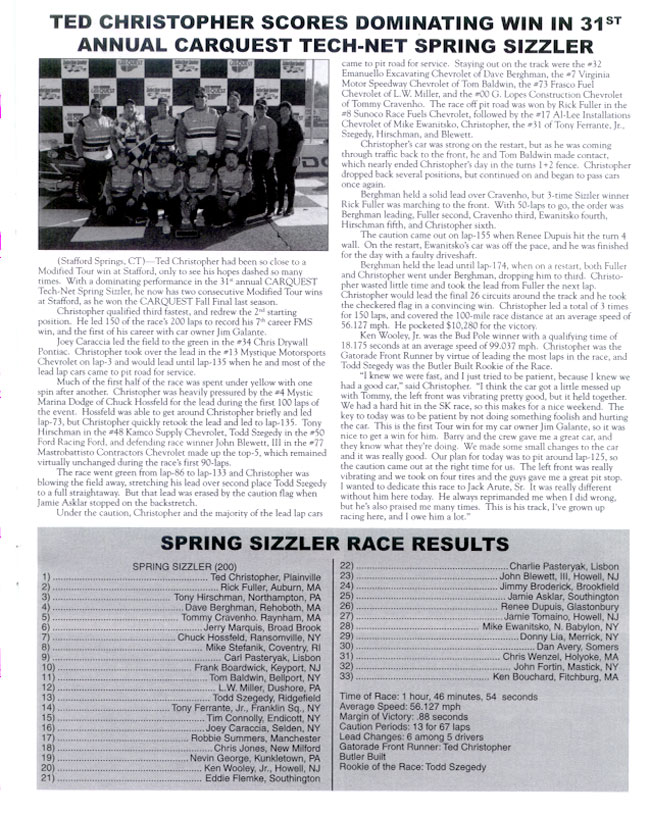 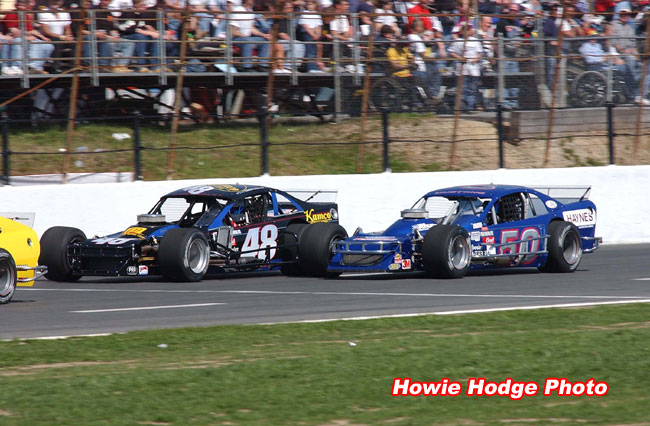 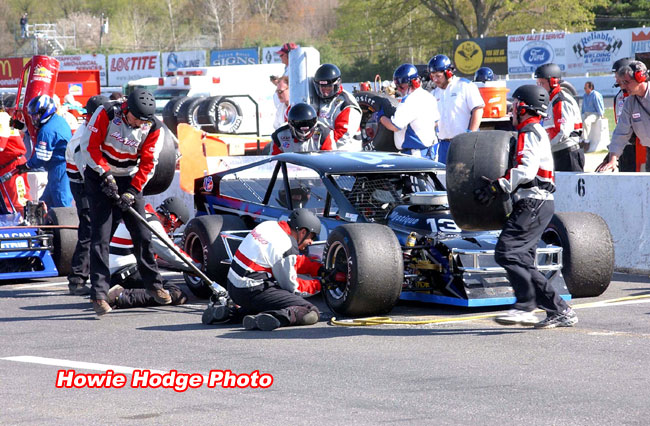 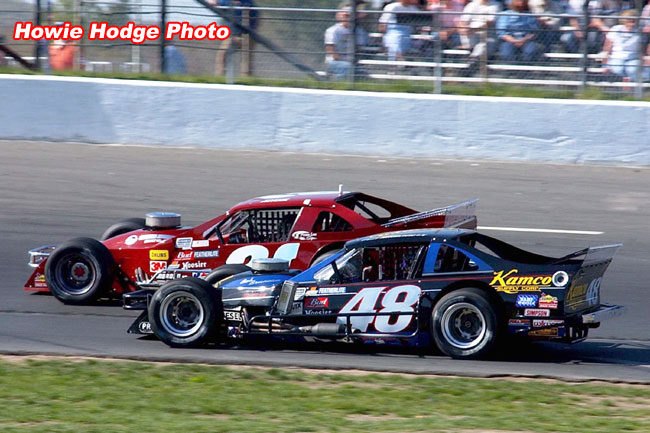 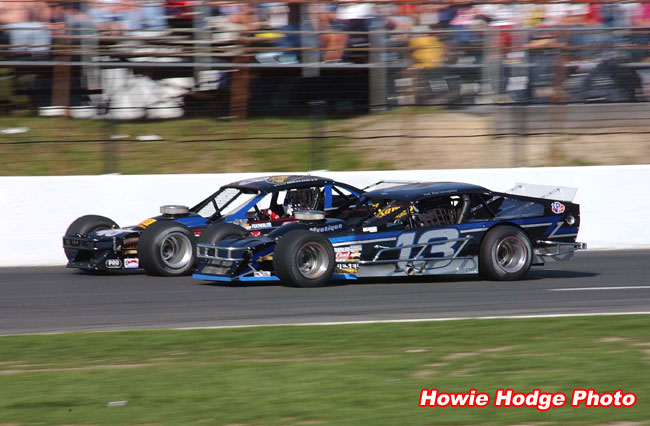 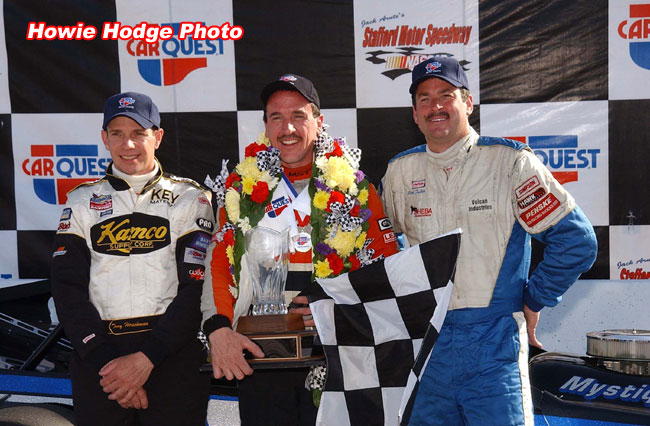 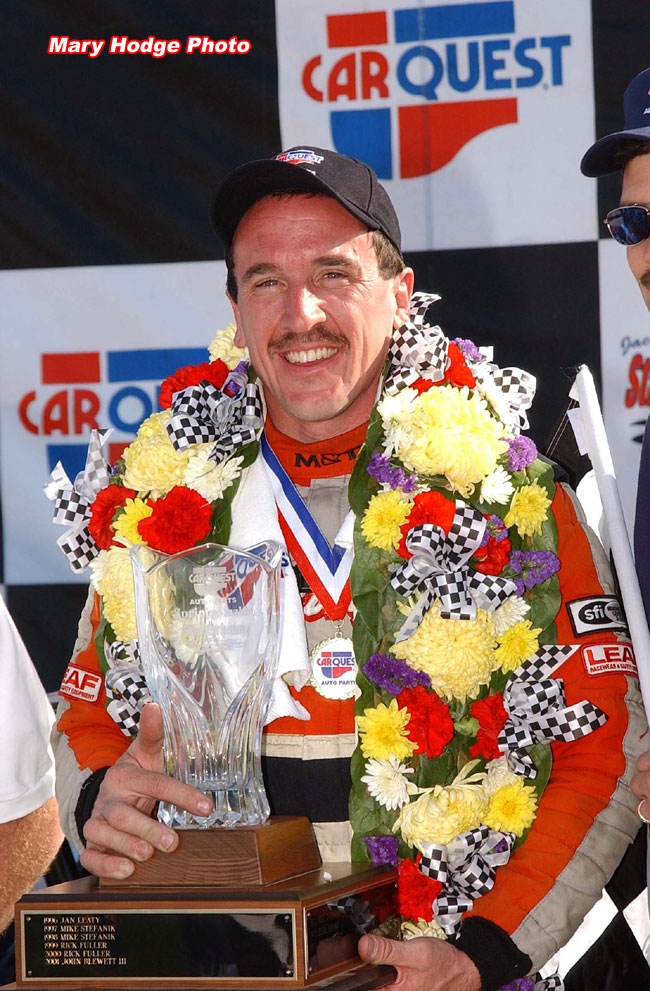 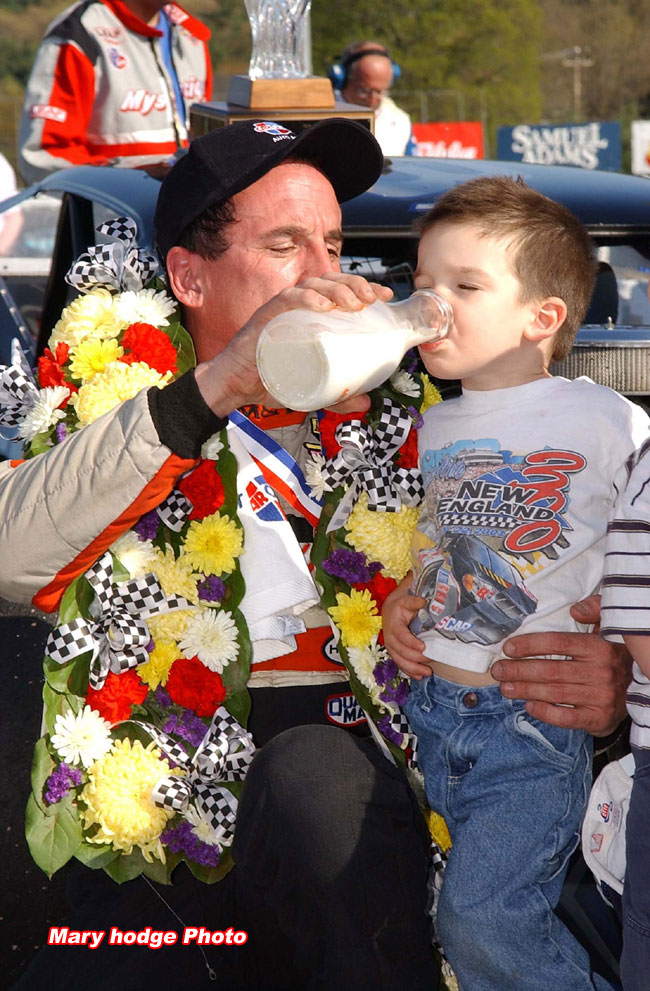 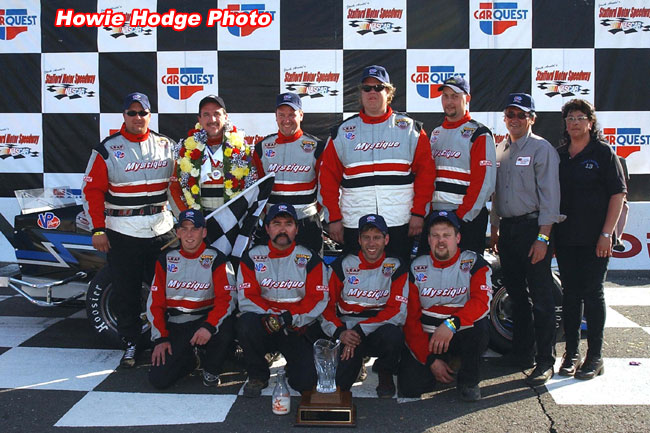