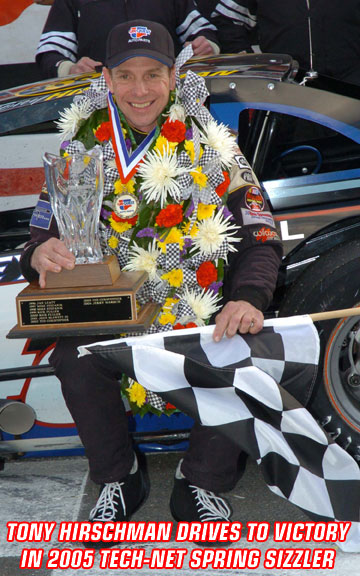 Tony Hirschman did his best Danny Sullivan impersonation, as he spun and won the 34th annual Tech-Net Spring Sizzler at Stafford Motor Speedway. On lap-28 of 200, Hirschman was attempting to pass Nevin George for second place. The two cars made contact, and Hirschman spun but was able to keep his car moving. Hirschman lost a multitude of positions, but remained on the lead lap.

Todd Szegedy, who was subbing for an injured Eric Beers, held the race lead until lap-56, when Ted Christopher dove under Szegedy on a restart after a multi-car accident on lap-50.

On lap-196, Donny Lia caught the frontstretch wall and brought the caution back out, setting up a green white checkered finish. Hirschman was able to hold off Sylvester over the final two laps, and he took the checkered flag by .28 seconds. Rounding out the top-5 behind Hirschman and Sylvester were Todd Szegedy, Reggie Ruggiero, and Ted Christopher. 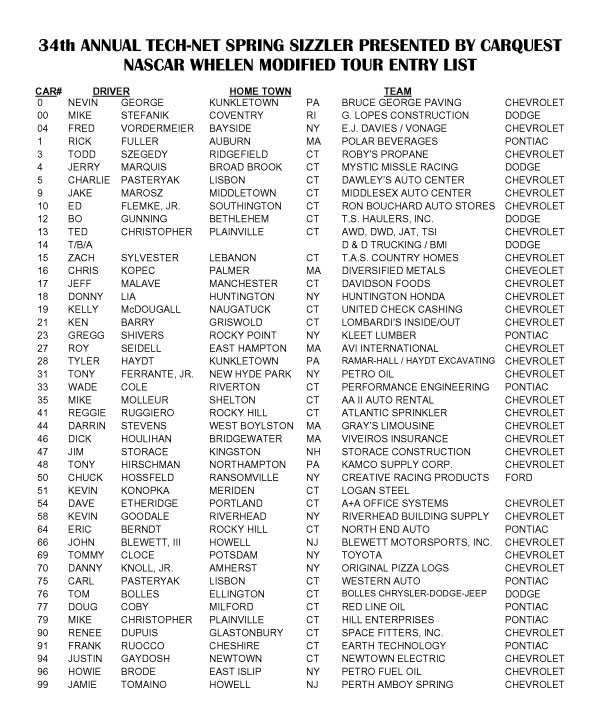 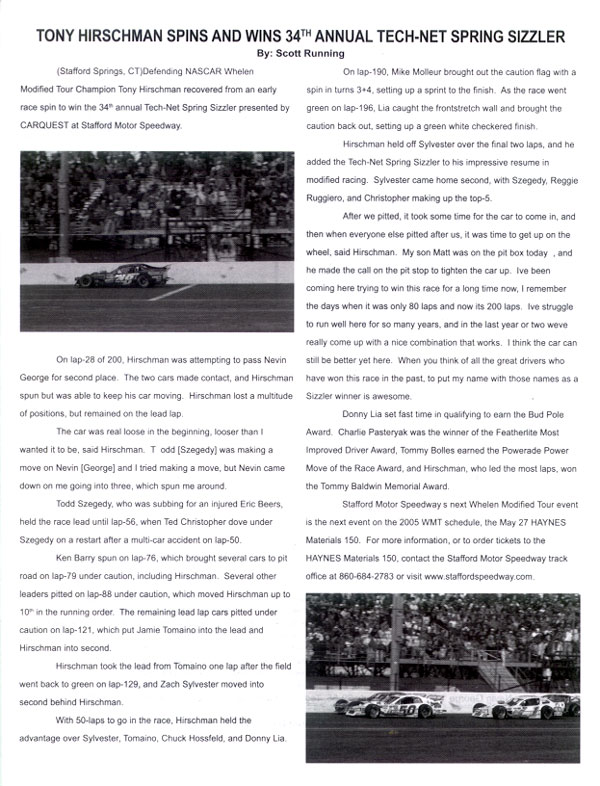 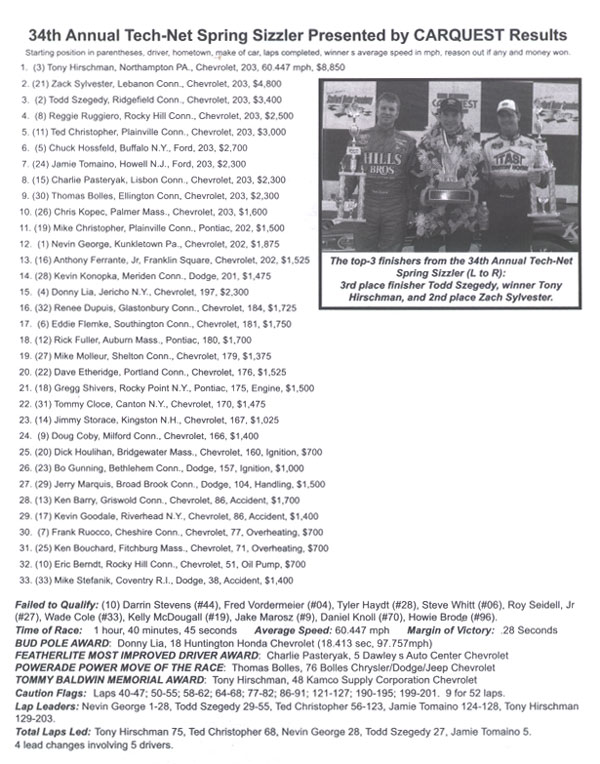 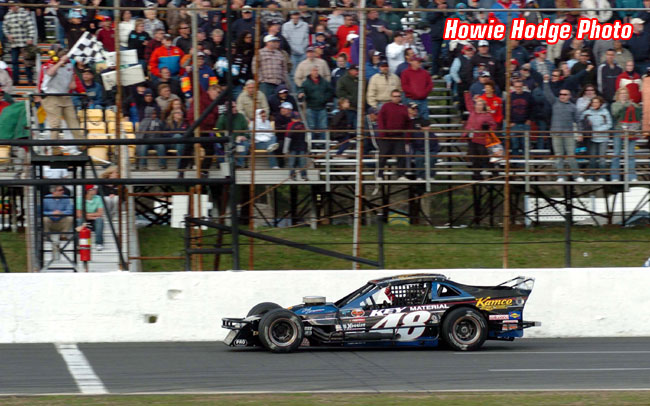 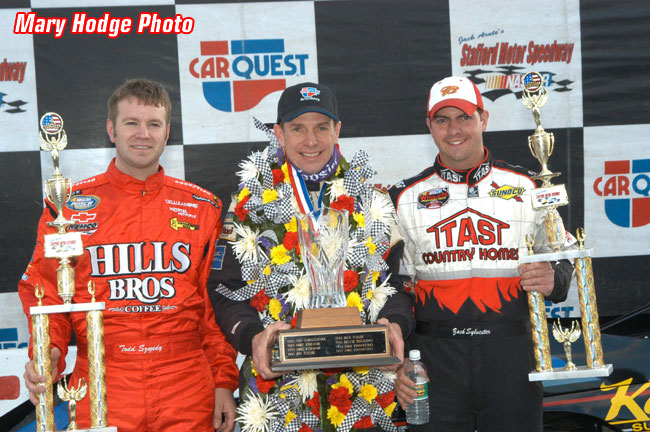 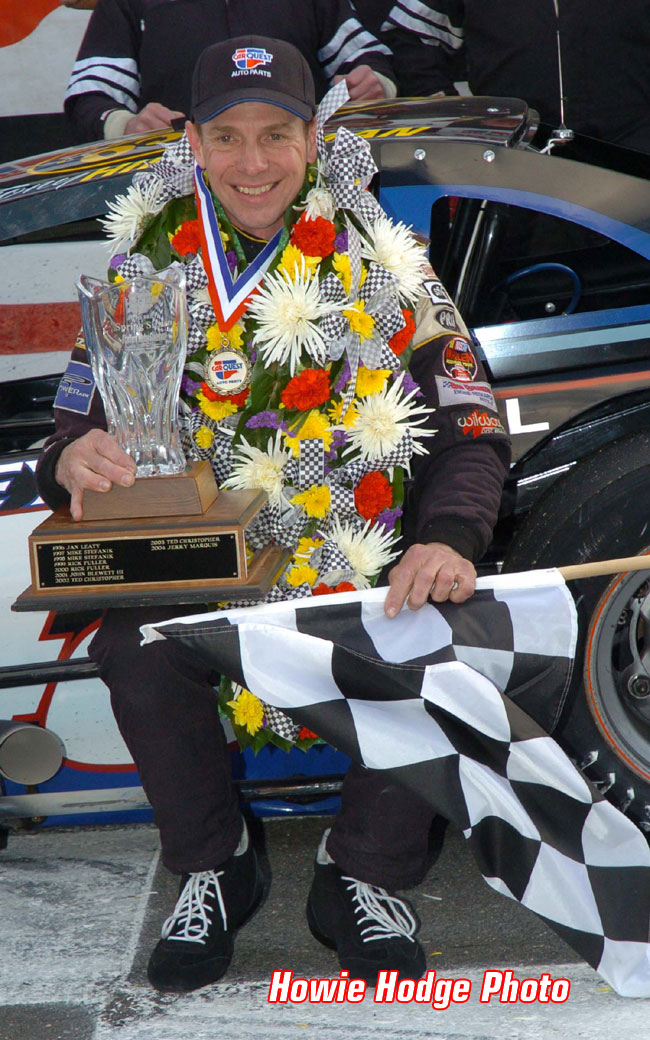 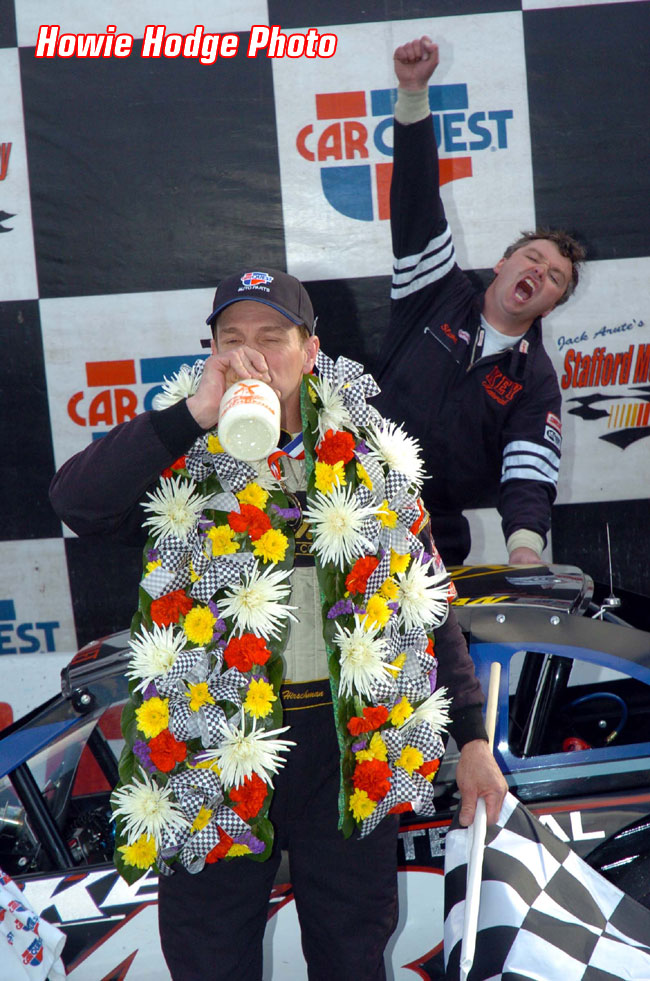 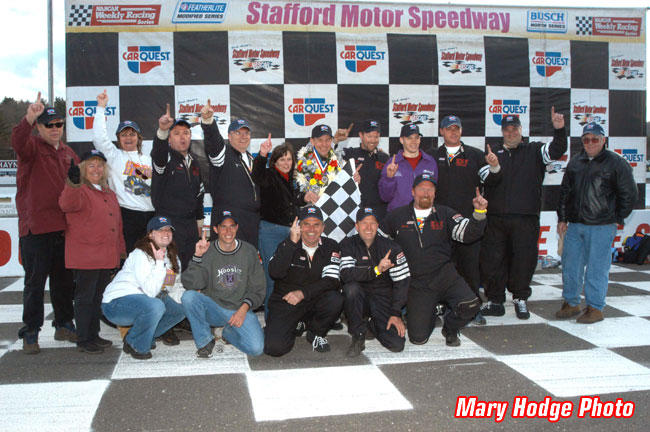